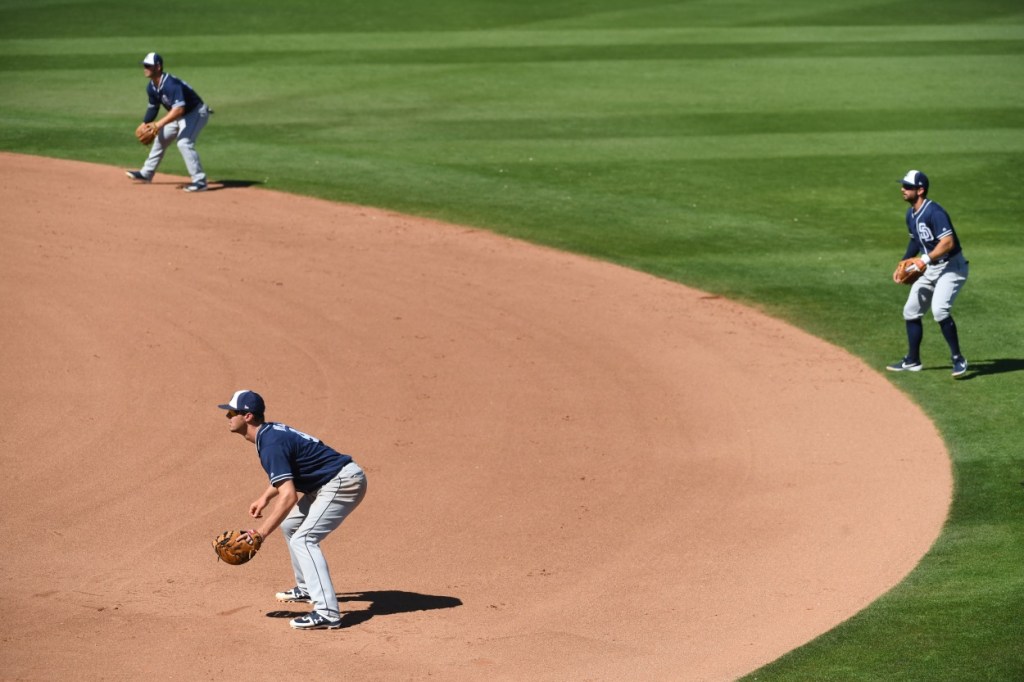 Baseball fans are stuck in limbo as the MLB team owners continue to strong-arm negotiations between MLB and the MLBPA. It’s unclear if there will even be a 2022 MLB season with how slow the negotiations are proceeding and regular-season games have already been canceled but some progress was made over the weekend.

How’d we get here? Well, salaries for MLB players have actually declined for four straight years despite MLB taking in $11 billion in revenue. But as I’m sure everyone knows, the lockout wasn’t entirely about players wanting/needing more money. Evidence of this came on Sunday when the league and the player’s union actually agreed on some fundamental changes to the infield.

Latest MLB And MLBPA Agreements Will Drastically Alter The Infield

Jon Heyman was first to report the three changes agreed upon by both parties:

Players union agreed to allow MLB to ban shifts, implement a pitch clock and make bases larger in 2023, subject to those agreements fitting into a total deal. Union also rejected Robo umps for ‘22/‘23. MLB goal: to be able to streamline the process and add excitement ti the game.

Making the base sizes larger is certainly interesting. That will create more opportunities for players to tag the bag without getting swiped by making it harder for infielders to tag players out. Putting a clock on pitchers is a must. Baseball games simply last too long for most fans with the average game length last season being 3 hours and 10 minutes.

Banning the shift though? That’s not something I ever thought would happen. And I’m immediately trying to figure out which baseball player’s careers would’ve been changed if the shift was always banned. Carlos Peña of the Tampa Bay Rays hit into the shift EVERY DAMN TIME unless the ball got out of the park. Others that come to mind are Matt Carpenter, Joey Gallo, and even David Ortiz would’ve benefitted immensely from banning the shift.

How Are Baseball Fans Reacting To The Shift Getting Banned?

Robo umps would improve the game more than any of these other proposed changes.

How about the exact opposite?

And yes to robo umps

We don’t need a pitch clock or banned shifts. 10 dollar seats. 5 dollar parking. Kids need to be able to go.

And no reason after every pitch, the batter needs to step out of the box, rearrange his gloves, etc

Banning the shift is trash, next they’ll ban pitchers from throwing pitches that are too good.

The obvious fix to streamline the game is to cut down the time in between innings, but they’d never dip into their precious ad revenue.

So they did things nobody asked for

MLB is going to be devastated when no-hitters cease to exist after they ban the shift. It feels like only a matter of time before they bring it back but put a limit on the number of shifts a team can do during a game so managers are forced to choose when to bust the shift out.

Will there be a 2022 MLB season? At this point, the outlook is bleak. The MLB owners seem to be at least holding their own in the PR battle with many baseball fans somehow thinking this is the player’s fault. Owners are raking in profit and the players’ salaries have shrunk four years in a row.