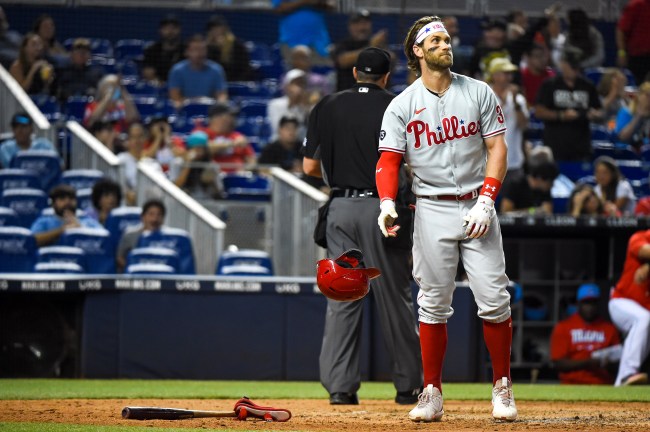 According to Major League Baseball’s team owners, Monday, Feb. 28 was the drop dead date for a new collective bargaining agreement with the players or else the opening of the regular season is going to be delayed.

So, because baseball’s gonna baseball, the owners and MLB’s inept commissioner Rob Manfred failed to come to any sort of agreement with the Major League Baseball Players Association (MLBPA) on Monday.

let’s just get this straight
we are currently being locked out …
they did not meet with us for a month once this lockout was instituted …
now we are being threatened that games will be missed if we don’t make a deal by Monday https://t.co/OARJaCudEY

MLB today indicated a willingness to miss a month of games and took a more threatening tone than yesterday, sources briefed on the day’s first meeting between MLB and the Players Association tell me, @Ken_Rosenthal and @FabianArdaya. Full context of conversation not yet known.

As a result, the MLBPA announced that since there thus far has been no Spring Training this year they have organized a “fully staffed” stadium and facility for players to train in Mesa, Arizona, reports MLB writer Robert Murray.

Some players, however, appear to have other ideas for playing some baseball this year, and it includes baseball leagues in other countries.

Bryce Harper, for one, sent out a message on social media to Japan’s Yomiuri Giants, writing, “Aye @yomiuri.giants you up? Got some time to kill. I know you got @borascorp number. Let’s talk.”

Think Harper, the 2021 National League MVP, is joking? He might be, but he also has every right to actually go and do it.

For those wondering, MLB players can play in foreign leagues (KBO, NPB, etc.) during a lockout.

So, theoretically, #BlueJays SP Hyun Jin Ryu could stick with the Hanwha Eagles for the start of their season.

if major-league players go play all over the world during a lockout, they'll be growing the game in ways MLB never could https://t.co/il5oK5Ak12

Basically, like the fans want, Major League Baseball players just want to be able to play some dang games.

Owners should consider putting a runner on second to end the lockout. #problemsolved

Players are used to their “threats”. Owners actions have made it clear all along that they have a set # of games where they still make profits/get TV money. They don’t want to play. It’s sad that these are the guys who drive the direction and “future”of our amazing sport.