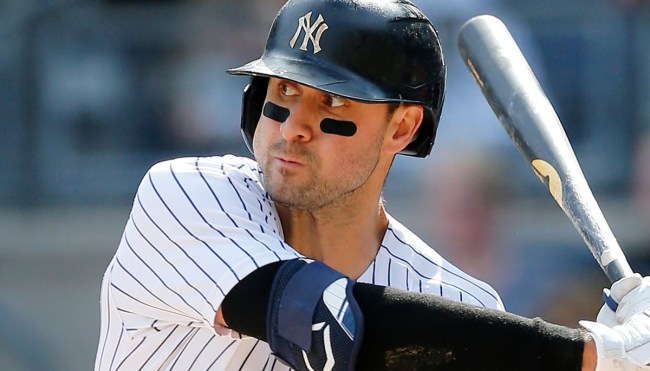 It’s been three months since Major League Baseball kicked off its first lockout since the 1994 season, and while you’d think parties on both sides would’ve made some progress by now, that has decidedly not been the case based on the developments (or lack thereof) we’ve been treated to over that stretch.

Spring training games were slated to kick off last Friday, but the start date has already been pushed back multiple times as we inch dangerously close to the deadline for a resolution that would prevent the regular season from being impacted by the labor dispute.

As the clock continues to tick, a number of players have grown increasingly impatient with the deadlock—including Bryce Harper, who hit the Yomiuri Giants of Japan’s NPB with a “U up?” tweet on Monday.

I don’t know how optimistic you should be about a deal getting done anytime soon.

New York Yankees outfielder Joey Gallo also appears to be keeping busy, as he bounced back from the Freezing Cold Take about the shift that he issued last month by posting a couple of screenshots of a truly fantastic LinkedIn profile he created after joining the platform.

Gallo expertly poked fun at himself (and his recent comments) by listing “Striking out” and “Hitting into the shift” in the Skills section (along with “Getting dressed weird”). He may have trouble landing some jobs when you consider he made the leap to professional baseball straight out of high school, but his long tenure as an outfielder would probably make him well-suited for some physical labor.