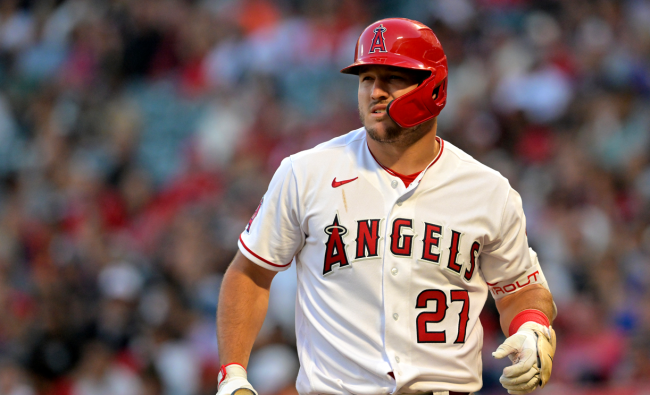 The MLB world has been left in shock over news that Mike Trout’s injury is a rare back condition and that there is currently no timetable for his return.

The three-time American League Most Valuable Player hasn’t played in more than 150 games in a season since 2016 due to an assortment of injuries. This time, however, there is concern about his health in the long-term.

Trout was placed on the injured list on July 18 with rib cage inflammation after exiting the Angels’ game on July 12 with back spasms and was not expected to miss much time.

Now, however, Trout has been diagnosed with a rare back condition – costovertebral dysfunction at T5 – and the Angels are fearful that he may have played his last game in 2022.

He had a cortisone injection in his back last week and according to Angels head athletic trainer Mike Frostad, “I think he’s starting to feel like he’s getting the benefits.”

That being said, Frostad told the media, according to ESPN, “This is a pretty rare condition that he has right now in his back. The doctor (Robert Watkins), who is one of the most well-known spine surgeons in the country, if not the world, doesn’t see a lot of these.

“And for it to happen in a baseball player, we just have to take into consideration what he puts himself through with hitting, swinging on a daily basis, just getting prepared. And then also playing in the outfield, diving for balls, jumping into the wall — things like that. There’s so many things that can aggravate it. But this doctor hasn’t seen a lot of it.”

Powerwise, Mike Trout was on pace for one of the best years of his career with 24 home runs in 79 games, so news that the popular center fielder was going to miss more time, and potentially the rest of the season, upset many baseball fans.

Sad for baseball overall. I really hope we don't look back at Trout's career as one big what if.

This Mike Trout news sucks so much 🙁

One fan on Twitter, echoing dozens of other fans, wrote about Trout’s back injury, “My back would be super f—ed up too if I was carrying an entire team for about a decade now.”