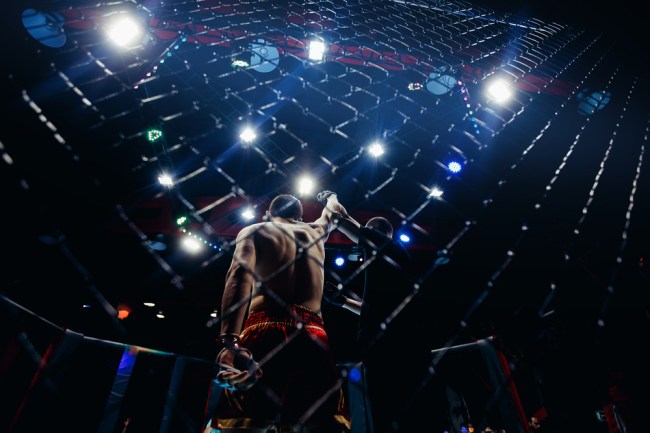 When Luis Felipe Alvim checked into his hotel in the Brazilian city of Juiz de Fora, he didn’t have tickets to attend the MMA tournament that he’d come there to watch. In fact, he didn’t even have the funds to gain admittance— he and his girlfriend had baked a batch of brownies to sell outside the venue in order to raise the money they needed to get in.

He eventually managed to make it inside, and when he went to visit the locker room where some of his friends were preparing for the upcoming bouts, he discovered that the main event had hit a bit of a snag. One of the fighters had backed out, which meant that there was no one to compete for the welterweight belt that was on the line.

Alvim had never competed in an MMA fight in his life, but he offered to challenge Carlos Eduardo Rufino for the 170-pound title. He was told that someone had already stepped in to fill the vacancy, but when that fighter got cold feet 40 minutes before the fight, Alvim got the call.

While he might have been sporting a record of 0-0 against his 5-1 opponent, it’s worth noting Alvim didn’t step into the ring totally unprepared. He’d previously competed in 15 muy thai matches and multiple jiu-jitsu tournaments, so he had some experience under his belt.

MMA Fighting provided a recap of the fight:

Alvim was taken down by his opponent, and immediately attacked with an armbar, but Rufino defended. Alvim made a transition to a triangle choke and forced Rufino to tap.

“He took me down and landed some heavy shots, and I though ‘oh sh*t, what the f*ck am I doing here?’” Alvim said. “When I locked the triangle I thought to myself, ‘sh*t, I’ll catch him.’ I asked God ‘please, don’t let this round end,’ and he tapped.”

If you can believe it, the championship victory wasn’t even the highlight of Alvim’s night. He proposed to his girlfriend after the fight and she was more than happy to accept his offer.