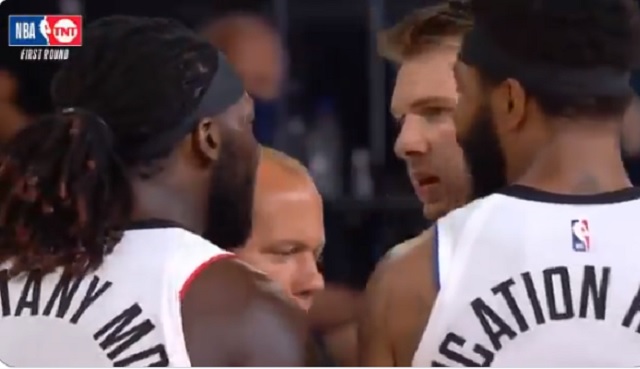 Things are starting to get spicy between the Mavericks and Clippers.

During game 3 of their playoff series, Clippers center Montrezl Harrell appeared to yell “pussy ass white boy” at Mavs star Luka Doncic after scoring on him.

Luka then got into it with Harrell a few plays later when he called out the Clippers center for flopping.

It’s still early in the series and things are certainly going to heat up going forward.

Should be EJECTED – FINED for saying shit like this!! “Pussy ass white boy” interesting 🤔 choice of words.. pic.twitter.com/QToVALtJdT