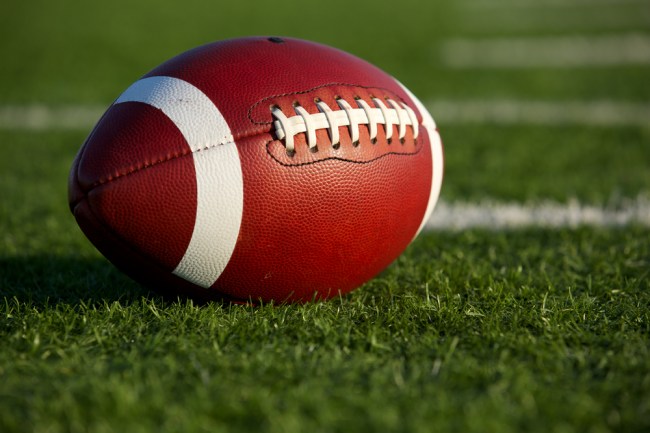 There are some College Football programs who find themselves in the pre-season rankings no matter what they do. Part of it is their ability to always bring in blue chip recruits. Part of it might be the sports writers/coaches voting in the pre-season polls who venerate these programs of yesteryear like Baby Boomers longing for the days when you could leave your front door unlocked at night. There are countless reasons for some perennially underachieving programs to find themselves in the College Football rankings every year, but the fact remains that in any given year some of those teams are overrated.

Over at FiveThirtyEight, Greg Guglielmo analyzed data from the past 20 years and compared pre-season rankings to teams’ final season ranking (from 1997 to 2016). He included every instance where teams received votes even if it was outside of the top 25. It will come as no shock to anyone who follows College Football, but Notre Dame is the most overrated team in all of College Football. 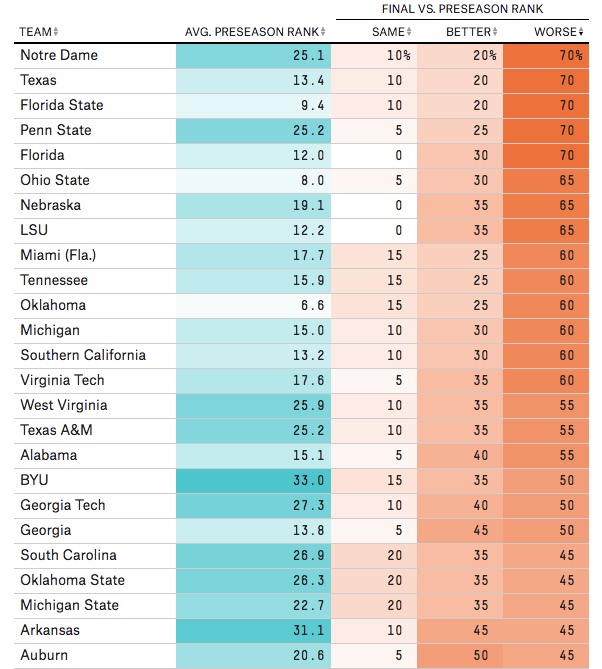 It pains me to write about this news because my alma mater is in the top 3 on this list, but I’m also able to accept the truth. During my years at FSU, we got absolutely destroyed by Miami and I was forced to live with Timmoth Tebow winning the Natty and Heisman just down the road at UF. It was the twilight of Bobby Bowden’s career and FSU wasn’t winning games like they did from 1987-2000 when the Seminoles won 2 National Championships and didn’t finish outside the AP top 4…2002 to 2012 is a lot of the reason FSU’s on this list.