Where Would Tom Brady Leaving The Patriots Stack Up Against The Most Shocking Departures In The History Of Sports? 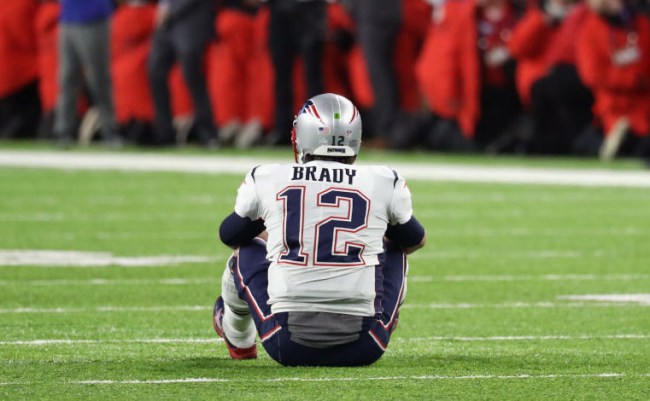 The 2019 season came to an early end for Tom Brady and the New England Patriots (at least by their standards), and as he prepares to explore his options for the first time in his career, TB12’s future with the only NFL team he’s ever played for is now in question two decades after he joined them.

It seems like every day there are rumblings about Brady’s future, with many indications that his time with the Patriots could actually be over.

Brady is almost inarguably the most dominant quarterback of all time and one of the few players in all of sports who have become synonymous with a single franchise. Even though his departure from New England seems more imminent by the day, it doesn’t change how shocking it would be.

However, this wouldn’t be the first time that an athlete who was the face of a franchise threw on a new uniform (whether it was their choice or not) so let’s take a look at some of the most notable pivots in sports history. 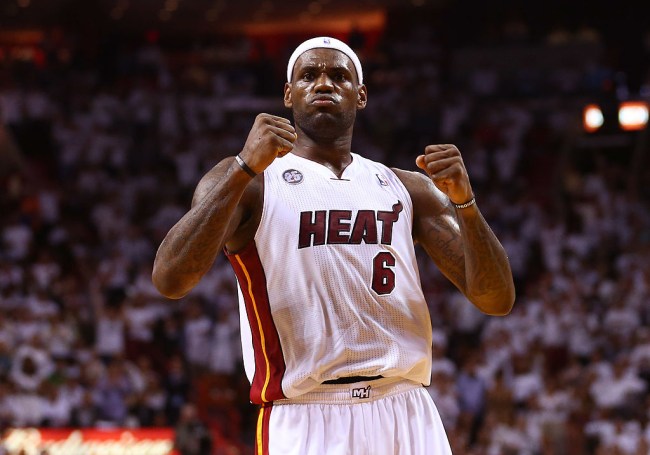 As a native of nearby Akron, Ohio, LeBron James becoming the heir apparent to the Cleveland Cavaliers throne right out of high school was like something out of a fairy tale.

LeBron played seven seasons with the Cavs during his first go-around with the team, reaching the playoffs five times and managing to get to the Finals during the 2006-07 campaign. There were ups and downs during the stretch but the promise of eventually bringing that elusive championship home to Cleveland seemed all but certain.

James became a free agent on July 1, 2010, and a week after meeting with a number of teams—including the Cavaliers—he announced his decision on a 75-minute live special broadcasted by ESPN where he took forever to reveal he was “taking his talents to South Beach.”

LeBron signed with the Heat and Cleveland’s hopes for an NBA championship—as well as tons of LeBron James jerseys—went up in flames.

He’d win a pair of titles in Miami before returning home and guiding the Cavs to a championship of their own. Of course, LeBron would skip town again in 2018—that time to the Los Angeles Lakers—but that was nowhere near as shocking as the first time he peaced out. 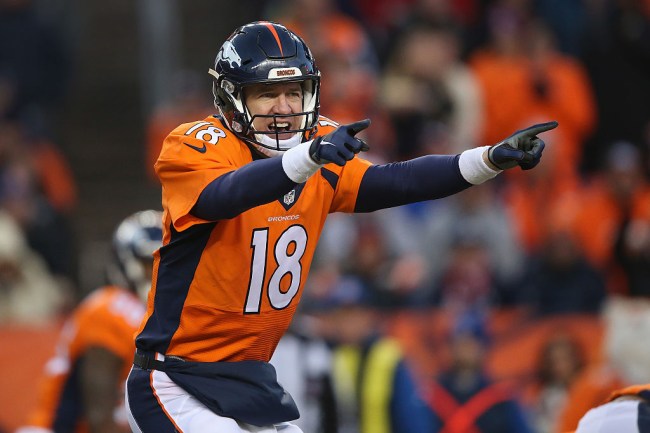 The Indianapolis Colts rode the struggle bus for over a decade following their infamous move from Baltimore but their fortunes changed when they drafted Peyton Manning with the first overall pick in the 1998 NFL Draft.

From that point on, Manning was the face of the Colts. The team morphed into perennial contenders with the quarterback under center and a slew of sure-handed receivers for him to throw to.

He’d lead Indianapolis to a Super Bowl XLI win over the Bears in 2007 and another appearance in Super Bowl XLIV that ended in a loss to the Saints. He also racked up four MVP awards while with the team and had an impressive laundry list of other honors and accolades.

However, in 2012, the Colts owed Manning a $28 million roster bonus and had the recently-drafted Andrew Luck waiting in the wings so the team ultimately decided to release its franchise player. After meeting with several suitors, Manning was convinced by John Elway to sign with the Denver Broncos.

It worked out pretty well for him, as Manning’s tenure in the Mile High City featured two Super Bowl appearances (including another victory) before his retirement in 2016.

As for the Colts? Yeah, not so much. 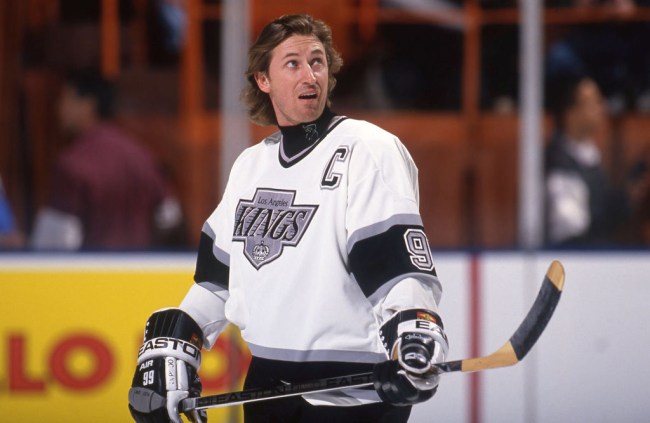 Gretzky started his career in the World Hockey Association as a member of the Indianapolis Racers. With the Racers facing dire financial straits, Gretzky was sent to Edmonton. Once the WHA went under in 1979, four teams—the Oilers, Winnipeg Jets, Quebec Nordiques, and Hartford Whalers—merged with the National Hockey League.

In the 1980s, the Oilers were loaded with future Hall of Famers and were dominant throughout the decade, winning four Stanley Cups while led by Gretzky.

Then, The Trade happened.

Following their Cup win in 1988, the Oilers decided to shop Gretzky before finding a trade partner in the form of the Los Angeles Kings. Gretzky, Marty McSorely, and Mike Krushylniski (both of whom Gretzky demanded be part of any deal involving him) were sent to LA in return for Jimmy Carson, Martin Gelinas, $15 million, and first-round draft picks in 1989, 1991, and 1993.

It wasn’t just Oilers fans who were upset about the development; virtually all of Canada was heartbroken. Seeing the Canadian-born face of a sport leave the country it was invented in depart seemed unconscionable.

While Gretzky would never hoist the Cup with the Kings (or with the Blues or Rangers) his presence in an American market was huge for the game of hockey. It might’ve gotten a bit messy at the time but tempers eventually cooled and The Great One returned to the Oilers as a partner and vice-chairman of the team’s parent company, where he still sits today. 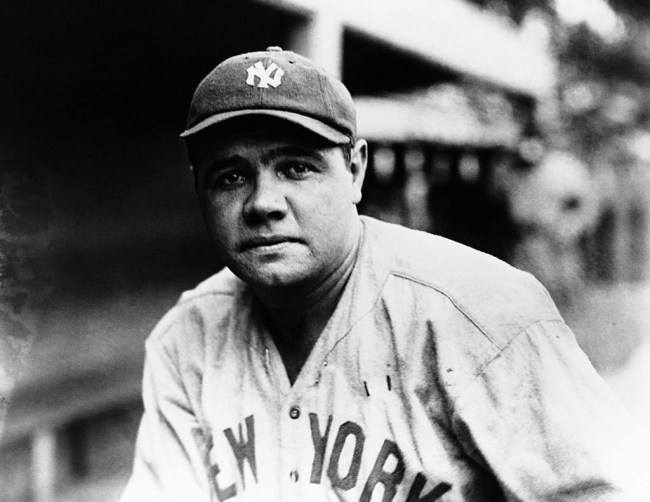 All of these moves caused ripples in the fabric of their respective sports but none of them resulted in “curses”—except for this one.

Babe Ruth began his Major League Baseball career in 1914 with the Boston Red Sox. The Great Bambino got off to a bit of a slow start, but eventually, he began to get into a groove as he honed his hitting prowess.

With Ruth on board, the Red Sox won the World Series in 1915, 1916, and 1918. Following the third championship, Ruth got a job at a steel mill in Pennsylvania to avoid being entrenched (literally) in World War I before rejoining the team for the 1919 season after the conflict ended.

However, in 1920, Ruth was sold to the New York Yankees, effectively stoking the flames of an already heated rivalry.

While playing for the Bronx Bombers, Ruth would see continued success that helped build his reputation as one of the most legendary baseball players ever while batting alongside the likes of Lou Gehrig and Tony Lazzeri.

The Red Sox, on the other hand, were doomed to decades of misfortune and suffering thanks to the “Curse of The Bambino,” which lasted 86 years before it was finally broken with the Boston’s 2004 World Series victory.

Hopefully the people of New England don’t have to wait that long for the Patriots to win another Super Bowl if Brady ends up leaving.