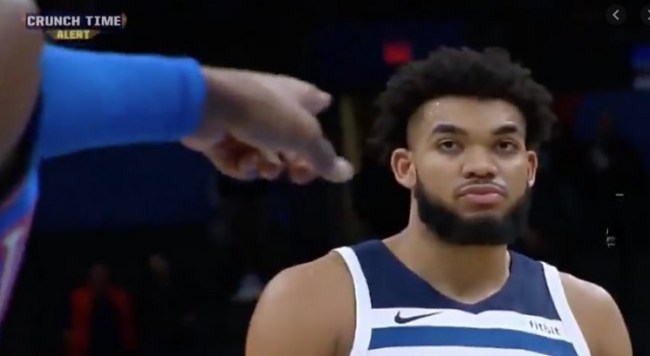 The NBA’s “snitch hotline” is live

Before players made their way to Orlando, the NBA revealed they were going to install an anonymous hotline to allow players to report violations inside the bubble.

If anyone on the campus sees rules being broken and worries that the actions of one individual might bring harm on the rest of them, the NBA will have an anonymous hotline available for reporting purposes. Teams “are required to report immediately to the league office any information regarding any potential or actual violation,” and “all campus participants are strongly encouraged to report any potential or actual violation.”

NBA players have been inside the bubble for about a week and apparently the “snitch hotline” has already been used several times which has resulted in multiple players being warned about protocol violations.

Multiple tips have been placed into the NBA’s anonymous hotline to report protocol violations on campus, sources tell @TheAthleticNBA @Stadium.

Some players have received warnings from violations, sources said, as league ensures social distancing and mask protocols on campus. https://t.co/LSRX6cXWfP

Of course, NBA twitter had jokes about who may have called in to snitch.

Kawhi was picking up Doordash pic.twitter.com/4lqkhXQ63a

Cp3 while everyone is fishing pic.twitter.com/O40ddET9Gr

CP3 on the snitch hotline: pic.twitter.com/H0nUWsA0Qa