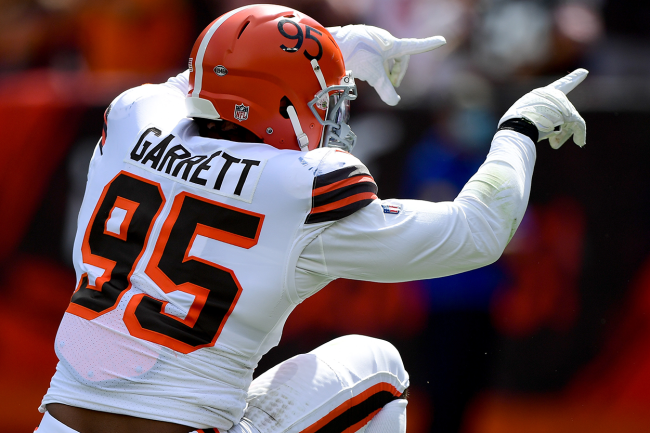 After arriving in Cleveland as the newest member of the Browns, Deshaun Watson decided to try and win over his offense teammates with a rather expensive team-bonding trip to the Bahamas. Now, a few weeks later, defensive end Myles Garrett is trying to one-up his quarterback.

As the Browns continue to get back into the swing of things with OTAs this month, they have the weekend off. While the offense goes off and does their own thing around the city, the defense is headed south— all the way down to Florida.

Garrett revealed on Wednesday that he organized a retreat to Miami and is taking his defensive teammates to South Beach. While it might not be the Bahamas, it is a pretty awesome gesture by the $100-million man.

While announcing the trip to the media, he took a line out of LeBron James’ playbook and used his iconic line from when the NBA superstar left the Cavaliers for the Heat. In a sense, Garrett is also going from Cleveland to Miami.

In addition, he took a shot at his AFC divisional rival. The Browns and the Steelers have a lot of beef, and Garrett is a big part of that bad blood after his incident with Mason Rudolph a few years back.

When revealing the destination for Cleveland’s defensive retreat, Garrett joked that he was considering Providence and downtown Pittsburgh— meaning that even though it isn’t the Bahamas, it could be worse than Miami.

Myles Garrett organized a retreat with defensive teammates to South Beach this weekend. Not the Bahamas, but he kidded he was considering Providence and downtown Pittsburgh.