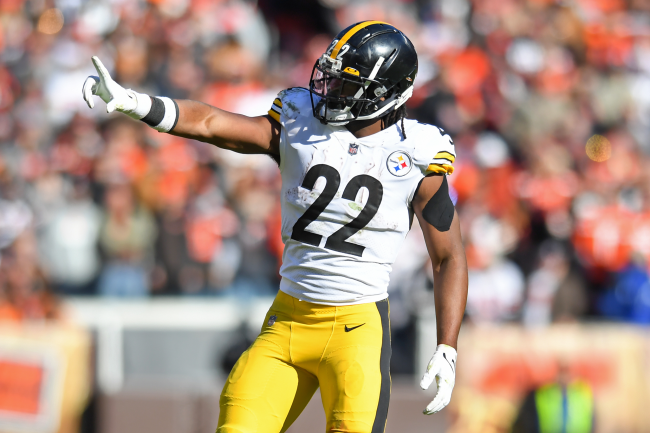 While the Steelers hosted the Bears on Monday Night Football, Pittsburgh running back Najee Harris had 22 carries for 62 yards and a touchdown. As a key component of the game, he was also a big talking point of the broadcast, but he was quick to refute an in-game report after the final whistle.

During the game, as is often a talking point, the ESPN broadcast crew of Steve Levy, Louis Riddick and Brian Griese discussed Harris’ difficult childhood. The former Crimson Tide running back grew up without a home and often slept in shelters.

After bringing up his living situation as a child and young adult, Levy went on to say that Harris slept on the floor during his first few months at Alabama. That was a real thing that he said.

“Even when he got to Alabama on a full ride, got fancy dorm room, he spent the first few months in Alabama sleeping on the floor,” Levy said, “Said he was just more comfortable, more used to that.”

Listen to this absurdity:

Not long after the game, Harris was quick to completely discredit Levy and ESPN.

Bra I ain’t sleep on no dam floor in college. I slept on my bed

This is not the first time that ESPN milked off of someone’s trauma for their own personal gain. The network received a lot of criticism for its strange graphics during the NFL Draft that shared a lot of unnecessary or unrelated information.

But this Harris thing is truly ridiculous.

Imagine actually saying, with a straight face, that anyone — let alone a collegiate running back — chose to sleep on the floor instead of a bed because it was “what he was used to.”