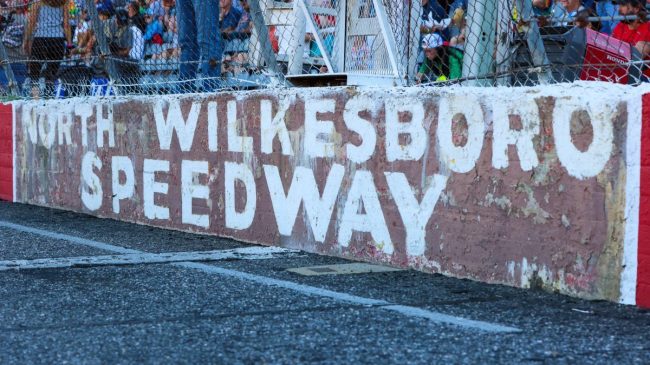 After more than 25 years away, NASCAR is returning to historic North Wilkesboro Speedway. The North Carolina track will host the series’ 2023 All-Star race, NASCAR announced on Thursday.

The track first opened in 1947, one year prior to the foundation of NASCAR. Wilkes County, which hosts the track, is known as the moonshine capital of American and NASCAR got its start thanks in part to old moonshine runners. The track first hosted a NASCAR Cup Series event in 1949 and hosted at least one race at the track every year up until 1996.

North Wilkesboro eventually fell into disrepair and the track’s relatively limited capacity struggled to keep up with the rapidly growing spot. The track hosted its final Cup Series event in 1996, much to the discontent of a large number of fans.

Since the track shut down in 1996, people around the sport have repeatedly tried to bring in back. In 2003, NASCAR Hall of Famer Junior Johnson attempted to purchase the track before talks fell through. Local residents then started a petition to revive the track but county officials decided against it.

Racing returned to the track in 2009 with smaller series’ hosting events there. Those continued for a couple of years before the track was closed again in 2011.

The latest push to revive the track began in 2019 thanks in large part to Dale Earnhardt Jr. The Hall of Fame driver and son of fellow legend Dale Earnhardt had the track cleared of debris and scanned for use in iRacing.

Speedway Motorsports president Marcus Smith stated the funds provided “the starting capital needed to rebuild the infrastructure of the historic facility” but added that he didn’t see Cup Series racing returning to the small market.

Earnhardt Jr. gave the track yet another boost when he returned for a late model race in August, his first such race in over 20 years.

NASCAR’s All-Star race is an exhibition that was hosted at the series’ de facto home track in Charlotte for most of the 21st century.

The race moved to Texas Motor Speedway in 2021 and 2022. Now it’s on the move again to historic North Wilkesboro, and fans couldn’t contain their excitement.

LET'S GO!!!!!!! PUMPED. Thank you @NASCAR @MarcusSMI @DaleJr & all others who made this happen #NASCAR https://t.co/Epipq7qgsb

NASCAR is in the midst of a ridiculously exciting season. North Wilkesboro is back. And NASCAR fans can’t wait to see it in action.