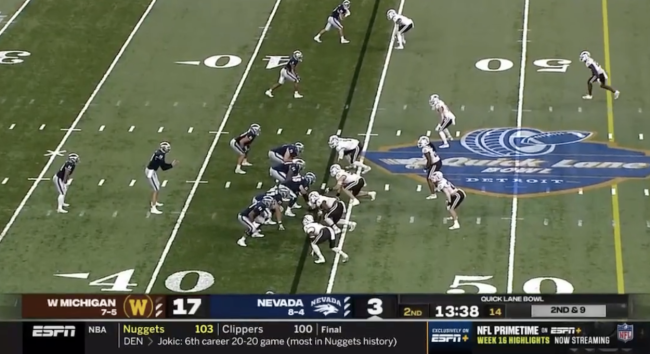 Nevada quarterback Nate Cox became the tallest quarterback in college football history to start a game on Monday morning. Cox, a Louisiana-native, stands 6-foot-9, 255 pounds and he can do it all.

The Wolfpack took on the Western Michigan Broncos in the Quick Lane Bowl after finishing the regular season at 8-4. Starting quarterback Carson Strong, who is projected to be an early round pick, decided to opt-out of the game and Cox, donning a perfect cajun mullet, took his spot.

"Yeah we've lost a few of our star players, but we feel like there shouldn't be a drop off."

Quarterback Nate Cox ready to step in and lead the charge at the Quick Lane Bowl. pic.twitter.com/QfLVIs47lG

He made history in the process, passing 6-foot-7 Brock Osweiler as the tallest player to ever start a game at the position.

the giant that is 6’9” QB Nate Cox pic.twitter.com/ERlNljTDSj

With Carson Strong opting out, Nevada’s starting QB today is Nate Cox who is 6’9”.#QuickLaneBowl pic.twitter.com/Eo4SAbO8D0

He is so tall that he would be the fourth-tallest player on Nevada’s roster if he was a hooper.

Nate Cox would be the fourth tallest player on the Nevada basketball roster. pic.twitter.com/ZSHebLY9ZF

Cox is primarily a pocket passer and has an absolute cannon for an arm. Earlier this season, a video went viral of him throwing the ball out of the stadium.

However, especially for his size, he can move when he needs to. Cox showed off his wheels and agility during the first half of the bowl game with this nifty run.

And his talent doesn’t stop there. Cox is a unicorn.

Earlier this year, the 6-foot-9 (in case you forgot) quarterback also caught a goal line fade.

Nevada just threw a fade to its 6’9” backup quarterback @natecox_16 and the corner should have been flagged for P.I. pic.twitter.com/iKrV8BzwcE

A few weeks prior, Cox was called on to punt. He can also kick field goals.

However, he throws right-handed, punts left-footed and kicks right-footed. Cox is an enigma.

Nevada senior QB Nate Cox is 6-FOOT-9 and he can do it all!

He can throw. He can run. He can PUNT LEFT-FOOTED and KICK FIELD GOALS RIGHT-FOOTED?!?! pic.twitter.com/gzHSsYyijJ

If that wasn’t enough, Cox was also a great baseball player. He likely could have played on the collegiate (or even professional) level if he had stuck with the sport.

Although he wasn’t 6-foot-9 at the time, Cox played first base for the Louisiana team that represented the Southwest region in the 2011 Little League Wold Series.

In this photo, he is standing third from the left. 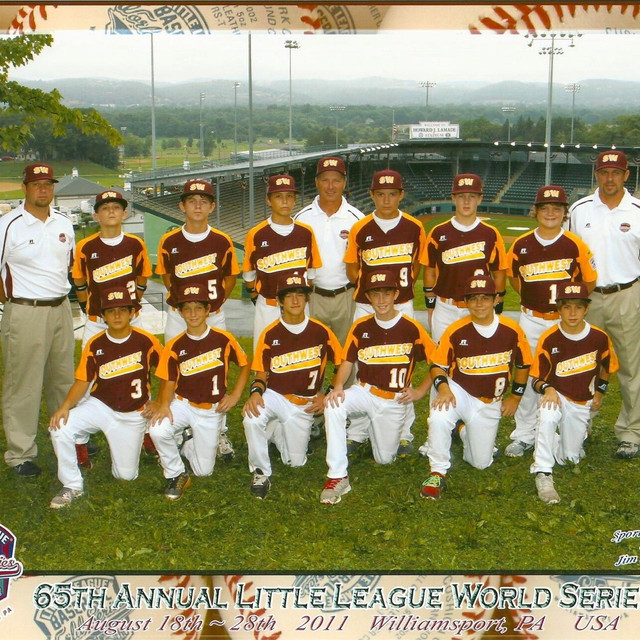 Cox began his college career at Louisiana Tech but did not play in his two seasons. He eventually transferred to Garden City Community College and threw for 1,891 yards before transferring to Nevada. At 6-foot-9 (in case you forgot), Cox is a senior this season, but because of the COVID-19 pandemic, he will have one season of eligibility remaining with the Wolfpack, or elsewhere, should he choose to stay in school.