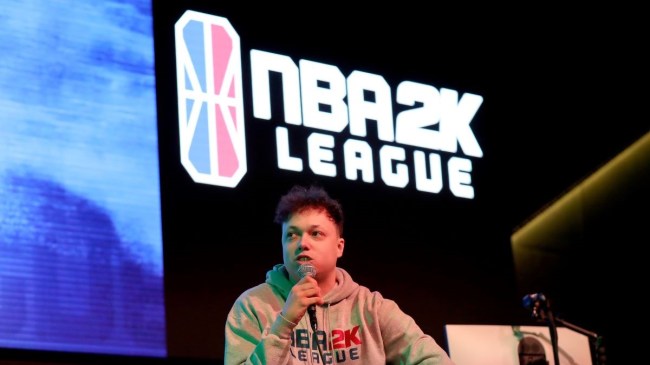 The NBA 2K League was founded in 2017 and has only continued to grow in the years since. The league features the best NBA 2K video game players in the world playing for teams representing 22 of the NBA’s official franchises. There are also two teams that are unaffiliated with NBA franchises as well as a third set to enter in 2023.

But now the league is dealing with a new challenge, its first official scandal.

Not only are these games high stakes, with thousands and thousands of dollars on the line. But interested bettors can also gamble on the games.

ESPN reported on Thursday night that the league has officially “indefinitely disqualified six players and a coach from any league activity over violations of the league’s gambling and fantasy rules.

An investigation found that Christopher Lafanette, Dorian Earl Miller and Robert Nastasi of Blazer5 Gaming, Kimanni Ingram of Jazz Gaming, and Zekirri Dennis of Mavs Gaming all wagered or attempted to wager on NBA 2K League games, either on their own or through other individuals, the league said in a statement.

The five players also broke league rules by failing to report any violations or cooperate with the investigation.

Blazer5 Gaming coach Andrew Maxie and player Marquis Gill were also disqualified indefinitely from all league activity for failing to report violations or cooperating with the league’s investigation. – via ESPN

“The integrity of our game is, and always will be, the NBA 2K League’s top priority. We take our obligation to the competition and to our fans incredibly seriously, and we will always act forcefully regarding violations of the rules governing game integrity and the related reporting and cooperation requirements.”

The following has been announced by the NBA 2K League: pic.twitter.com/Nr30aIyQuU

ESports competitors have been clamoring for years that they want to be treated like real athletes. Now it appears that comes with real consequences as well.