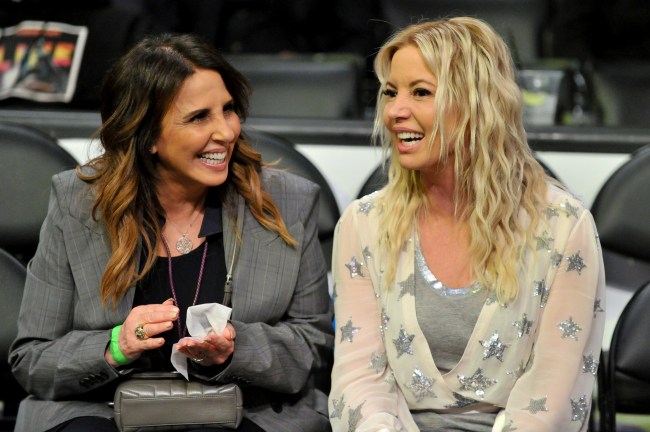 Last week many NBA fans found it strange when it was reported that a Lakers contingent consisting of Kurt Rambis and Linda Rambis to meet with Sixers assistant Monty Williams about the Lakers head coaching job.

NBA insider Ric Bucher would later report that Linda Rambis, a lifelong friend of Jeanie Buss, has been secretly running the Lakers behind the scenes.

Ric Bucher said today on Undisputed that Kurt Rambis' wife Linda is now a primary decision maker for the Los Angeles Lakers. Linda, now a Lakers executive, is best friends with Jeanie Buss, who has final say. Somewhere, LeBron is thinking, "What did I get myself into?"

Amin Elhassan and Ramona Shelburne of ESPN have both gone on to confirm Bucher’s report on Rambis.

ome agents and GMs around the league have dubbed her the shadow owner of the Lakers, that everything goes through Linda Rambis, and if you want to convince Jeanie of something, you’ve got to get Linda first.

The fact that people talk about that now is funny to me, because it’s been that way, really, for 40 years. They have been best friends. And personality-wise, if you know them, it sort of makes sense. Jeanie can be shy. Linda is more of a talker. She’s more of a doer. The difference is, in the past, her role has been more as a consigliere or an events person whereas, right now, there’s a lot more dealing with agents.

It seems like everyone is shocked to learn Rambis is secretly running the team which can’t bode well for LeBron and co.

"This is shocking to me."@criscarter80 reacts to reports that Linda Rambis is acting as a "shadow owner" of the Lakers pic.twitter.com/1KaY0vNL0B

When Kurt and Linda Rambis walk into the room with Jeanie, they should just play the Benny Hill theme music, Yakety Sax. It will make everyone feel better knowing this is a damn joke from jump street. pic.twitter.com/yUYO4KNJAP