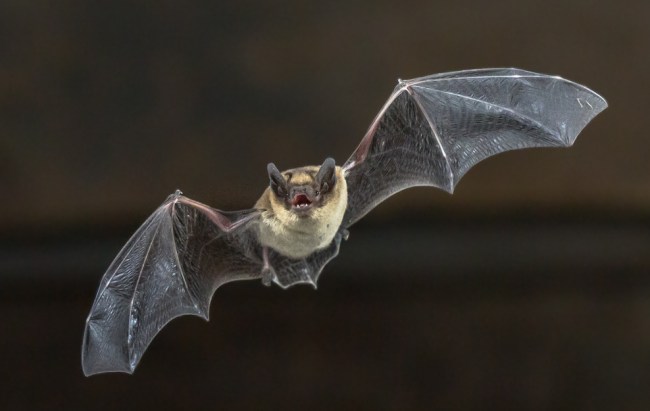 This is a sentence I’d never thought I’d write in my entire career, but over the past few weeks, the NBA has experienced a serious bat problem with no end in sight.

I’m not sure if the flying mammals are actually the real-world equivalent of the Monstars who are invading games in the hopes of sucking the skill out of the league’s best athletes but they’ve repeatedly wreaked havoc on the court in previous weeks and put multiple games on hold in the process.

Things kicked off in Utah back in January when the Jazz mascot channeled his inner Steve Zahn in Saving Silverman during warmups by managing to snag a bat in one of the multiple nets that were somehow on hand at the arena.

Who needs @manuginobili when you got a Bear? #Batbear pic.twitter.com/DmjZ1rulLh

Bats returned with a vengeance the following week when a game between the Spurs and the Nets was delayed after yet another creature made its way onto the court.

Nothing to see here. Just a bat delay in San Antonio.

Earlier this week, the epidemic continued during a matchup between the Pacers and the Clippers, who were forced to take a break multiple times when another bat repeatedly swooped down from the rafters.

At the time, my good colleague Cass suggested people were taking the situation a little too lightly when you consider rabies is a disease that exists and it looks like he wasn’t being that paranoid.

According to Fox News, health officials in Indiana are advising anyone who may have come into contact with the bat during the most recent incident to stop by the doctor and get a shot or two to ensure they didn’t contract rabies as a result of the incident (merely touching an infected bat can expose you to the disease).

I’m certainly not rooting for anyone to get rabies but I’d be lying if I said I don’t want bats to keep invading NBA games at the pace they have. If we’re going to have a break in the action, I’d much rather watch people run around the court waving a net than watch fans be terrible at tic-tac-toe.