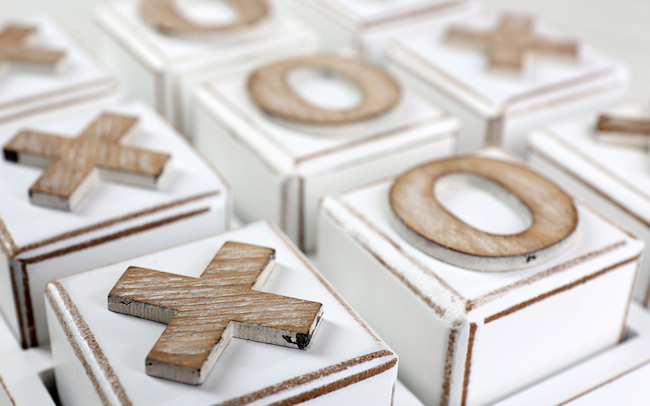 A few years ago, a couple of fans walked onto the court during halftime at a Houston Rockets game to complete in a game of corporate-sponsored tic-tac-toe. The rules were fairly straightforward: you make a basket, grab one of your pieces, and place it in the grid at the half court line. The winner would receive some sort of prize, while the loser would be fed to Dwight Howard.

However, things when slightly awry when it was revealed neither contestant had any fucking idea how to play tic-tac-toe.

I guess we probably should have seen this coming when it was revealed one of the participants was wearing a t-shirt over a polo.

You might think it’d be hard to top this impressive display of incompetence, but you’d be underestimating the inabilities of the two people who took part in the same activity at a Portland Trail Blazers game on Thursday.

Despite their show of ineptitude, I’m pretty sure the two guys at the Rockets game were at least familiar with the concept of tic-tac-toe before taking part in the contest. However, I am super skeptical that one of the people who participated in Portland last night had even heard of the game before stepping onto the hardwood.

Thev video of the contest is entertaining enough on its own but NBC Sports Northwest did the world a favor by setting it to the tune of the never-not-funny “Yakety Sax.”

Ladies and Gentlemen: the most maddening game of tic tac toe you will ever watch, set to the tune of Yakety Sax pic.twitter.com/tS8Z9FTv04

Congratulations to Morgan for having more talent than the other three people combined.