NBA Players May Be Receiving Room Service In The Bubble Naked, League Sends Out Memo To Dress Appropriately 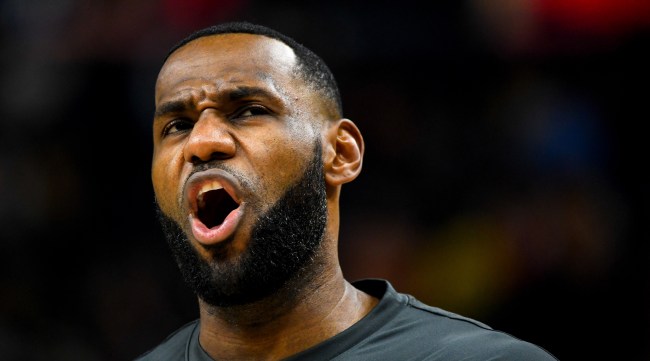 The drama inside the NBA bubble has not been lacking thus far. We’ve had Instagram models already get invited into the bubble by players, Rajon Rondo get roasted for saying his $400 a night hotel room looks like a Motel 6 room and reports that the bubble will be a high-end weed dispensary for some guys.

Food has also been a hot topic of discussion in regards to the bubble. Some of the food photos players were sharing were drawing comparisons to Fyre Fest meals, plus Kings center Richaun Holmes got caught trying to receive a food delivery and had to quarantine for 10 days.

There is a lot going on inside the bubble and not a single game has been played yet and now it sounds like players have forgotten to put on clothes when receiving room service.

The league sent out a memo on Thursday to remind players about certain campus rules and one of those rules is to ‘dress appropriately’ when receiving room service. Grown-ass men worth millions of dollars shouldn’t have to be reminded to put on clothes in front of strangers, but then again, this is the NBA, this league truly is something special.

The league sent out a memo, which was obtained by ESPN, to teams reminding them of campus rules, including: wearing face coverings/masks, dressing appropriately when receiving room service, and going through a mandatory educational session on campus rules.

I think it’s safe to say that the league received some sort of complaint about guys answering the door with either a towel on or nothing at all so they had to remind the players of the simple task of covering themselves up.

The immaturity seems to be at a rather high-level inside the bubble, at least from some players.