6 Hoops Games To Bet On This Saturday 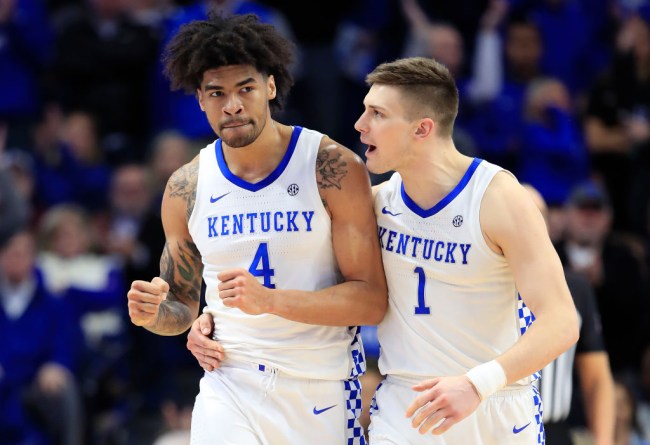 The Charlotte Hornets travel to the AT&T Center to take on the San Antonio Spurs. The Hornets are close to the bottom in the Eastern Conference, while the Spurs are just outside of a playoff spot in the West.

Charlotte is coming off a 121-107 loss against Washington while San Antonio snapped a three-game losing streak with a 127-120 win against Utah.

The Hornets have not performed well this year; they are last in points per game and 28th in field goal percentage, while the Spurs are in the top 10 in both of those categories.

Although the Spurs are 20-26-1 against the spread this year, they’ve covered in five of their last seven games and the fact they are the much better team playing at home, they should have no problem doing that here.

The Lakers are coming off an emotional night at the Staple Center where they honored the late Kobe Bryant. The night as a whole might have gotten the best of them as they lost to the Trailblazers 127-119 thanks to an outstanding 48 point performance from Damien Lillard. Now they will travel to Northern California to take on the Sacramento Kings.

The Kings are coming off a victory against another LA team in the Clippers with De’Aaron Fox leading the charge with 34 points. They’ve currently won three of their last five.

The cards are stacked against the Lakers; playing back-to-back and the intensity of the night before, but the Lakers have played well in this situation. Los Angeles is 4-0 against the spread on no rest, while the Kings are 1-3 with a rest advantage.

NBA Total To Bet On: Golden State Warriors vs. Cleveland Cavaliers Under 223 1/2

The Duke Blue Devils will head to the Carrier Dome for an ACC matchup against the Syracuse Orange.

Syracuse is coming in hot as they’ve won five of their last six games while Duke is coming off back-to-back wins.

Duke’s strong point is their offense as their 82.7 points per game is fourth in the nation while Syracuse’s 72.3 is 124th.

The numbers show that Duke is the better team. However, if we look at trends, Duke has not covered the spread in four of its last six games, while Syracuse has covered in six straight. Having the home-court advantage, I think the Orange will keep this game close.

We have a top 25 battle as the No. 13 13 Kentucky Wildcats are on the road in an SEC matchup against the No. 17 Auburn Tigers.

Kentucky is coming off a 71-62 victory against Vanderbilt to improve their conference record to 6-1, good enough for second place in Southeastern division. Auburn’s double0overtime victory against Ole Miss leaves the Tigers right behind at 5-2.

This is going to be an interesting game; the Wildcats and Tigers difference in points per game is less than four and the same goes in points allowed. Both teams have winning streaks on the line; Kentucky with four and Auburn with three. I’m going with Auburn due to the fact of its impressive 10-0 record at home this year.

NCAA Total To Bet On: UCONN Huskies vs. Memphis Tigers Under 133