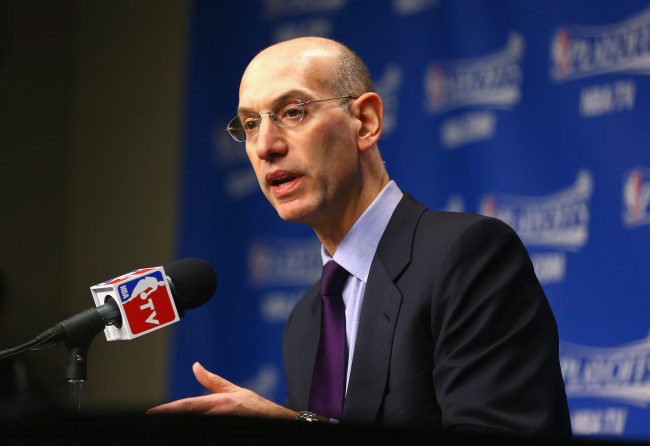 NBA commissioner Adam Silver has issued his response to LeBron James criticizing the league for holding the All-Star game this weekend.

Last month, LeBron told reporters that he had “zero energy” and felt playing the All-Star game in the middle of a pandemic was a “slap in the face” to players.

LeBron James just said he has "zero energy and zero interest" in an All-Star Game this year and calls it "a slap in the face" after league said it wasn't going to have one. "I don't even know why we're having an All-Star game," he said.

Some of the NBA's biggest stars are criticizing the league's decision to hold an All-Star game during the pandemic.

LeBron James was the first to speak out, saying he has "zero energy and zero excitement about an All-Star game" and calling it a "slap in the face." pic.twitter.com/lmnKY6frK0

During his yearly press conference on Saturday, NBA commissioner Adam Silver responded to LeBron’s slap in the face comment by saying he wished the Lakers superstar had worked things out “in the family.”

Adam Silver on LeBron James saying the All-Star game proceeding was "a slap in the face." Silver said "I respect his point of view, but it can be issues that can be worked out in the family."

Silver went on to say that the NBA is justified playing in a pandemic because they were to operate in a mini bubble in Atlanta.

The message within the NBA community is that we’re going to be operating in a mini bubble,” Silver said in an interview with ESPN on Wednesday. “There will be no NBA functions [for fans] to participate in. We appreciate their support and hope they’ll watch our All-Star Game on television … this is a television-only event in Atlanta.”