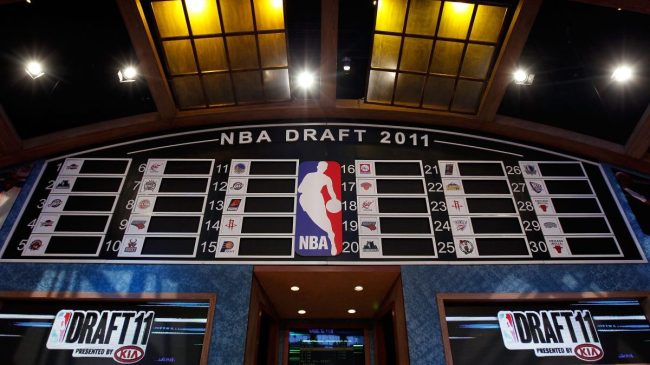 He played for the Detroit Pistons, Toronto Raptors, Boston Celtics and Philadelphia 76ers. His career-high scoring average is 10.4 points per game with the Raptors in 2013-14 and Johnson never won an NBA Championship.

But his spot in NBA history is still secure.

That’s because the Pistons selected Johnson with the 56th pick in the 2005 NBA Draft, making him the last player to be drafted into the NBA directly out of high school.

Or so we thought.

NBA And NBPA In Talks To Lower Draft Age To 18, Bring Back Prep To Pro

The current NBA rules state that a player must be 19 years of age and one year removed from high school in order to be draft eligible.

But Shams Charania of The Athletic reports that could all be about to change.

The league and NBPA are expected to agree on moving the age eligibility for the NBA Draft from 19 years old to 18, clearing the way for the return of high school players who want to make the leap to the NBA, per sources with knowledge of the discussions.

The NBA set the draft age limit at 19 years old in 2005. Silver said in July that he was “hopeful” for the rule changing in the next CBA cycle, and both sides appear motivated to reduce the age eligibility for the draft.

The reduced age limit for high school-to-NBA jumps would go into effect as early as the 2024 NBA Draft.

The previous prep to pro era ran from 1995-2005. The Minnesota Timberwolves selected Hall of Famer Kevin Garnett with the No. 5 overall pick in 1995, making Garnett the first selection of the era.

In fact, there was at least one Hall of Famer selected in each of the first three years. The Charlotte Hornes selected Kobe Bryant at No. 13 in 1996 before the Toronto Raptors took Tracy McGrady at No. 9 in 1997.

The final prep to pro draft saw nine high school players selected. But only Andrew Bynum (No. 10 to the Los Angeles Lakers) became an All-Star.

The change could be good news for LeBron James. James, who himself was drafted out of high school in 2003, has said he hopes to play with both his sons, Bronny and Bryce, before he retires.