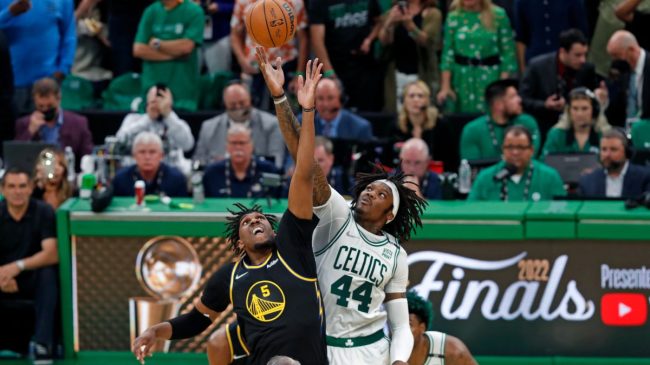 Through the first five games of the 2022 NBA Finals, an interesting betting trend has continued. And if you’ve been lucky enough to hop on the train, you might find yourself up a few units as the series creeps closer to its end.

And typically, with the top two teams in the league squaring off, that point total doesn’t far exceed six points.

Winning the game = covering the spread in the NBA Finals pic.twitter.com/xrLtObM62h

Take this year, for example. Each of the first five matchups have been set at less than five points for the favorite.

Now, that’s not to say the favorite always wins. In 2022, the team projected to win by the Vegas sportsbooks is just 3-2. But the team that has ultimately won the game is a perfect 5-0 against the spread.

This trend dates all the way back to the 2010 campaign. But what does it mean, exactly?

Well, for underdogs it’s easy. Obviously if they pull the upset, they’ve covered the spread as they were given points. If you like the underdog, don’t mess around with the spread. Just go ahead and take the outright win for a larger payout.

As for favorites, it means that they’re typically winning by wide margins when they do come out victorious.

When favorites have won in the 2022 NBA Finals series, the scoring margins have been 19, 16, and 10 points. If you like the favorite, avoid the money line and go bigger with a pick to cover the spread.

So, when placing your next NBA Finals wager, take this information into account.

This ensures a larger payout for the winning side.