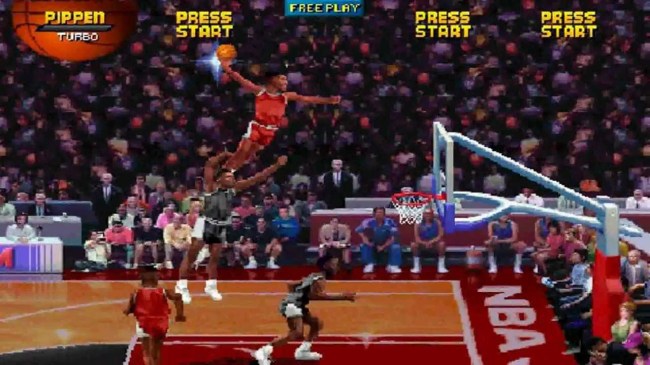 If you were a fan of the Chicago Bulls and played a lot of NBA Jam back in the day then, no, you weren’t crazy, the game really was rigged to make the Bulls unable to beat the Detroit Pistons if the game came down to a last-second shot.

We now know this twenty-some years later because NBA Jam lead designer Mark Turmell has finally come clean and admitted he rigged the game against the Bulls, who were just beginning their run at six NBA championsips in eight years.

“Making this game in Chicago during the height of the Michael Jordan era, there was a big rivalry between the Pistons and the Bulls.” Michigan native Turmell admitted to Ars Technica.

“But the one way I could get back at the Bulls once they got over the hump was to affect their skills against the Pistons in NBA Jam.

“And so I put in special code that if the Bulls were taking last-second shots against the Pistons, they would miss those shots.

“And so, if you’re ever playing the game, make sure you pick the Pistons over the Bulls.”

Turmell also discussed during the fascinating interview, why NBA Jam initially launched without Michael Jordan. (It’s because he thought he could make more money licensing his own image rather than being part of any NBPA deals. He was very, very right.)