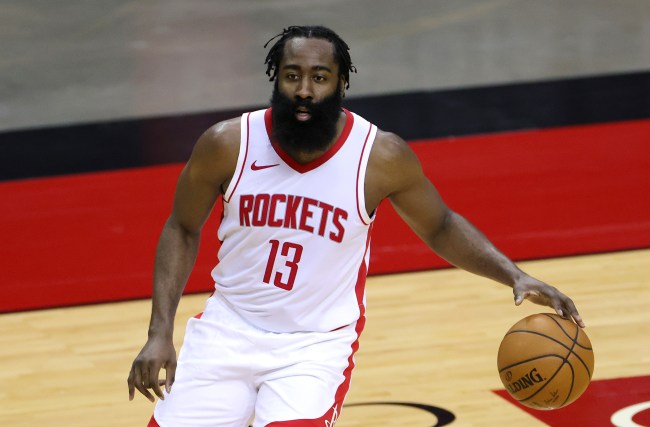 It’s day two of the NBA season and the league is already being forced to postpone games.

On Wednesday the NBA called of the Rockets-Thunder game after several players reported back inconclusive tests and James Harden was forced to sit out due to the fact that he violated Covid-19 protocols after being spotted at a nightclub yesterday.

James Harden is unavailable due to a violation of the health and safety Protocols, NBA says. Three Rockets have returned positive or inconclusive coronavirus tests. Four others are quarantined due to contact tracing. https://t.co/K600Zr16DC

According to ESPN’s Adrian Wojnarowski, several Rockets players gathered together in an apartment to get haircuts with a player who tested positive for Coronavirus.

The league announced later Wednesday that the Rockets’ game against the Oklahoma City Thunder was postponed.

Wall, Cousins and Martin were among Rockets players gathered on Tuesday evening at a player’s apartment away from the team facility getting haircuts, sources said. The Rockets listed Martin as “not with the team/self isolating” for the opener against Oklahoma City on Wednesday night in Houston, and sources told ESPN that he was awaiting further test results to confirm the original positive.

It’s unclear if the league will discipline Harden for partying but the Rockets superstar is maintaining his innocence while the NBA investigates the matter.

Harden has told the league that he attended a seated dinner for a friend who’d recently been promoted at work, according to the source.

Harden has told the league he took a photo with his friend, when he gave her a gift.  Harden also claimed he left after approximately 30 minutes, and did not continue on with the group, which went to other locations later in the night.

After the NBA declared James Harden "unavailable due to violation of health and safety protocols," it is still unclear to both Harden and the Rockets how long he'll be unavailable or whether he'll face league punishment, sources tell @ramonashelburne and me.