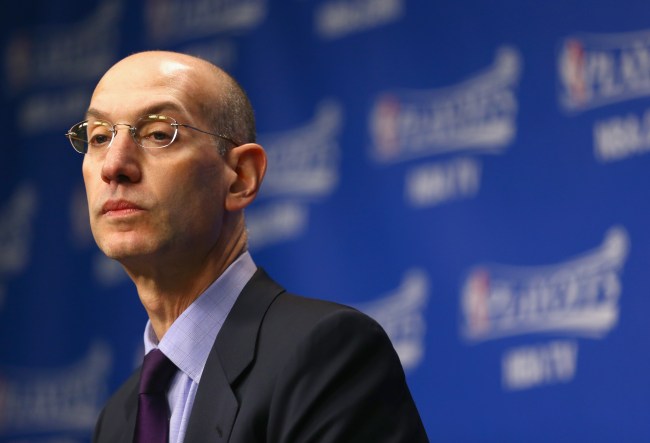 The NBA season is suspended due to the coronavirus pandemic, leaving tons of uncertain questions about the short-term future of sports in the United States, as well as what comes next for a society filled with anxiety and concern. While sports should be far from the highest priority on everyone’s minds right now — with tests and a vaccine being of the utmost importance — it’s hard not to at least wonder what this all means.

Following Utah Jazz players Rudy Gobert and Donovan Mitchell testing positive for the coronavirus — the first NBA players to do so — the league made the swift judgement to postpone the season. But what’s that mean for the players and their hefty salaries? Probably nothing, but that doesn’t mean it couldn’t be something.

In a recent ESPN piece written by both Brian Windhorst and Tim Bontemps, the two insiders broke down some details about what we do and don’t know about the NBA’s suspended season. The entire article gives solid information, but there’s one really interesting tidbit — that the league’s Collective Bargaining Agreement has language in it that could technically restrict teams from paying players. Take a look below at what the provision states.

According to the Collective Bargaining Agreement, Article XXXIX, section 5, players lose 1/92.6 of their salary for every game missed as a result of a Force Majeure Event (“FME”) — this refers to events or conditions that makes it impossible for the NBA to perform its obligation under the CBA.

The following events are covered: “wars or war-like action (whether actual or threatened and whether conventional or other, including, but not limited to, chemical or biological wars or war-like action); sabotage, terrorism or threats of sabotage or terrorism; explosions; epidemics; weather or natural disasters, including, but not limited to, fires, floods, droughts, hurricanes, tornadoes, storms or earthquakes; and any governmental order or action (civil or military); provided, however, that none of the foregoing enumerated events or conditions is within the reasonable control of the NBA or an NBA Team.”

The financial cost is a big reason there is the expectation, according to sources, that the current season will resume at a later date, even if that means the 2020-21 season starts later than expected.

Although the provision is clearly written to protect billionaire owners from paying millions to employees who aren’t, you know, actually working, as Windhorst and Bontemps mention, it’s hard to imagine organizations won’t keep writing checks. While the NBA’s season is suspended right now, there’s every hope that it will be back after a few weeks — which would be a good sign for everyone, because it would mean the coronavirus paranoia has subsided and we’re working towards a (hopeful) solution.

With Dallas Mavericks owner Mark Cuban already saying he plans to pay arena employees for the home games they’re missing out on working at, here’s to hoping other owners follow suit and do something similar, while avoiding to be cheap and get into a war with players over their contracts. The provision is written in the CBA, however, and with so much uncertainty surrounding the coronavirus, who knows if an owner (or more) gets sick of handing out money to its players if the suspended season lasts months.