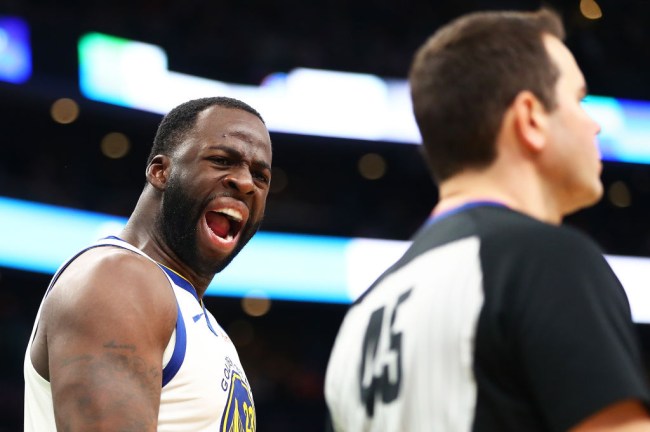 When the PGA Tour picked up where it left off with the Charles Schwab Challenge a few weeks ago, I was very curious to see how the absence of fans on the course would impact play, as there would no longer be spectators helping guys add a few yards to their drive by yelling “Mashed potatoes!” or willing the ball into the cup by screaming “Get in the hole!.”

While the organization stopped short of equipping golfers with individual microphones, they were still followed around the course by people with boom mics in tow, and thanks to the lack of applause after shots, it was easier to hear golfers react to them than ever before—including Brooks Koepka, who gave Jon Rahm some props after a pretty sexy chip-in he described as “pretty fucking good.”

Literally the first shot of fan-free golf and we get someone telling Rahm his shot was “pretty effing good” pic.twitter.com/aQAtjYljwW

Other leagues are going to face some similar logistical challenges when (or, based on how things currently stand, if) they resume their season—including the NBA, which thankfully won’t have Darius Miles to contend with in Orlando but still hasn’t been able to figure out a way to prevent broadcasting Carmelo Anthony’s signature reaction to grabbing a rebound to the masses.

The lack of crowd noise in the empty arenas where games will be played will literally amplify this problem, and according to CBS Sports, the league may be forced to resort to a tape delay to combat the issue based on what Adam Silver had to say about it on Tuesday:

“I think often players, they understand when they’re on the floor, they’re saying certain things to each other because it’s so loud in the arena, they know a lot of it is not being picked up.

They may have to adapt their language a little bit knowing what they say will likely be picked up by microphones and in all seriousness, we may need to put a little bit of a delay.”

There’s approximately zero chance players are going to prioritize protecting the virgin ears of viewers in the heat of the moment over helping the NBA preserve its image so this may be a very real possibility—although Donovan Mitchell would not be a fan.

It’s worth noting games that aren’t broadcasted on ABC wouldn’t actually be subjected to FCC regulations, so even though ESPN could theoretically run an uncensored feed on one of its affiliates, unfiltered broadcasts could still attract the ire of advertisers who don’t want to be associated with a bunch of potty mouths.

What a fucking shame.