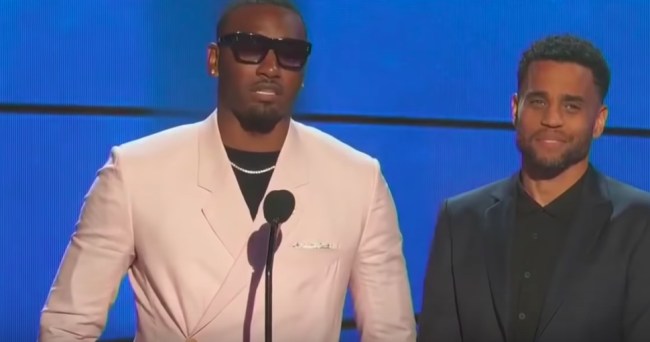 Last night at the hashtag NBA Awards, John Wall presented teammate Bradley Beal the NBA’s 2018-19 Community Assist Award, three years after Mr. Wall won the award himself back in 2016 for his extensive service work for the underprivileged  in the D.C. area.

Wall presented the award in front of packed house of NBA stars and various miscellaneous famous people, and his fear of public speaking was evident. The All-Star wasn’t exactly a natural Ron Burgandy reading off the teleprompter.

Wall is far from the only one plagued by glossophobia. Eight out of 10 Americans would rather watch their parents have sex than speak their ideas in a public forum, according to the study I just pulled out of my ass.

How many of the people ripping Wall on Twitter would feel comfortable speaking with a bank teller, never mind an auditorium full of famous people? I’m guessing not many. But that is the power of keyboard warriors. They are indestructible.

John Wall is so injured he cannot speak?

John wall way to nervous up there pic.twitter.com/d42pa4A2wR

Someone said John Wall sound like Courage the cowardly dog

John Wall been in witness protection??