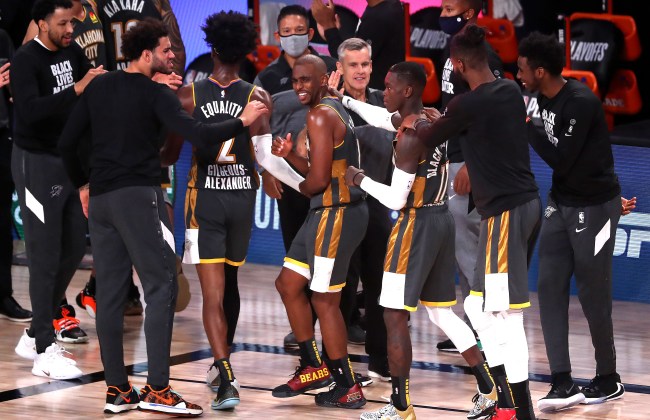 With the NBA opening things up a little bit inside the bubble in Orlando, now letting players’ family members and close friends inside after they’ve been in quarantine and tested, games during the playoffs will finally have some real life fans in attendance.

However, now that these people from the outside are allowed inside the bubble the NBA has warned them that swearing during games will not be tolerated.

According to ESPN’s Adrian Wojnarowski, “The NBA has warned teams that owners and senior basketball executives — and their families — must adhere to proper decorum at playoff games in The Bubble, per memo. ‘No profane or objectionable language,’ or ‘coming onto court’ during games.”

He continued, “The rules disallow ‘conversations with game officials, disrespectfully addressing game officials and using profane or objectionable language will be interpreted broadly and strictly,’ per memo. No directed those comments to refs during breaks or post-game either, league says.

“The memo to ‘all governors and senior team basketball operations personnel’ is meant as reminder of ‘higher standards expected’ of them. As league memo said, given unique arena conditions, limited number of seats, small buildings, no crowd noise, this is ‘especially important.'”

While this won’t be a problem for someone like Jimmy Butler, who has not let his family into the bubble, it will be interesting to see how this is enforced and if it will have any effect on the players personally.

Heaven knows LeBron is probably going to have to put the clamps on his boy Kuzma to keep him from burning up all his energy for the games.