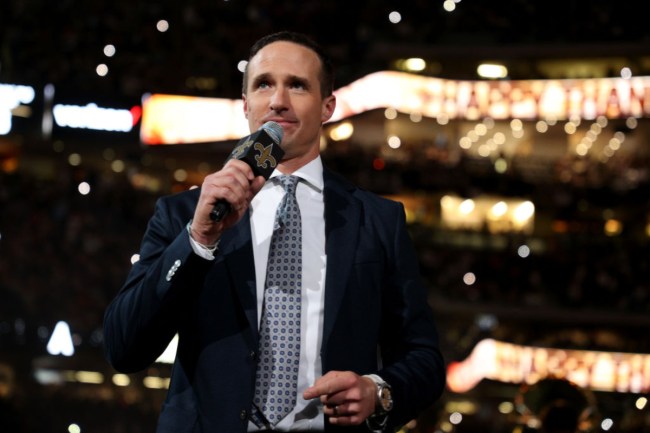 Drew Brees not returning to NBC for this upcoming football season is old news, but the network telling its side of the story is new.

Back on May 15, the New York Post reported that NBC and the former New Orleans Saints QB had decided to part ways. The report suggested the decision came after NBC “soured” on Brees’ potential after the network thought the could replace Cris Collinsworth on ‘Sunday Night Football.’

While that initial report paints the picture that NBC simply didn’t take Brees was good enough to take that next step in his broadcasting career, the network is painting a different picture now.

NBC is making it seem as if the decision to leave fell on Brees’ shoulders.

“The unbelievable busyness of an NFL career and then really not taking a break at all and launching right in with us with both Notre Dame football and the NFL, it was certainly an around-the-clock assignment,” NBC Sports shair Pete Bevacqua told the AP.

“This was definitely a lifestyle choice for him, which is totally understandable.”

Bevacqua and the network can’t blatantly come out and say ‘Drew Brees was no good,’ so instead it seems to be pinning the move on Brees despite previous reports suggesting otherwise.

Last month Brees hinted that he was still open to returning to NBC, but he also left the door open for an NFL comeback in 2022.