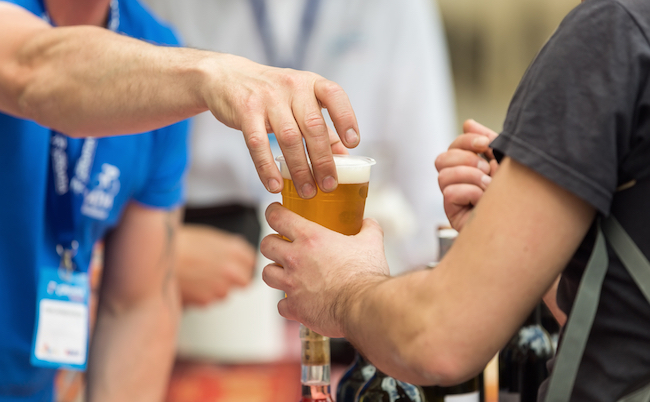 Every year, innovative college basketball fans across the country have to figure out a way to successfully smuggle alcohol into the NCAA Tournament, because in the organization’s view, the only people who should be allowed to make a huge profit off of the performance of unpaid student-athletes is the NCAA. While plenty of schools around the country serve booze in their stadiums and arenas, it’s banned at any championship event sanctioned by the organization (which thankfully does not apply to conference tournaments, a fact I learned when I was unjustly judged by the family of five I ended up sitting next to at the ACC Tournament who apparently think there’s something wrong with double-fisting Labatt Blues at 2 PM on a Wednesday).

However, the NCAA started rethinking their policy a few years ago and started testing out pilot programs at events including the College World Series and last year’s FCS Championship. According to The Omaha World-Herald, people failed to reach the levels of belligerent drunkenness the policy aimed to prevent, and as a result, beer and wine can now be served at all NCAA championships going forward.

When the program was first tested in Omaha, 430 drinks were sold for every 1,000 people in attendance, so I’m sure concessions vendors will be more than thrilled with the new policy (98% of sales were beer, but shoutout to the 2% of people sucking down wine at the College World Series).

It’s not entirely clear how the NCAA will approach drinking in any student sections, but many schools who currently allow sales on their own campus have instituted a wristband system for people 21 and older that seems like a realistic option.

It looks like March Madness is about to get a little madder.