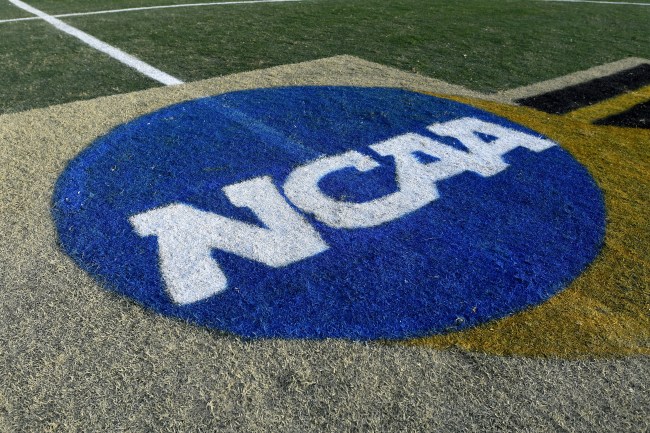 The NCAA is gearing up for the most exciting tournament in American sports this week, the NCAA Men’s Basketball Tournament, but, let’s be honest, for as much money as people spend and make from the games that we all watch, it’s more than just a little bit unfair that the players on the court don’t see a dime. Those are the NCAA rules, though, as amateur athletes aren’t paid, which, obviously, has been one of the biggest debates in college sports for years.

While people can offer up suggestions for paying college athletes, the NCAA sort of just turns a blind eye at the topic, ignoring the fact that everyone — the organization itself, universities, coaches, etc. — are making serious cash from the success of these student-athletes. Seriously, how much money has Duke University profited from Zion Williamson alone in the past few months? Millions; and the kid doesn’t see any of it.

Given the fact the NCAA has multi-billion-dollar TV rights deals and none of the players get any piece of that pie, when the NCAA released its promotional video leading up to March Madness that’s supposed to show the “day in the life” of a student-athlete, the reactions weren’t too great from those former players who once lived that life. Here’s a quick look at the video, which is the first of a few the NCAA is releasing during March Madness.

Student and athlete — a day in the life. pic.twitter.com/KBLa1gBLnq

And, as mentioned above, when former student-athletes saw it for the first time, they just couldn’t help but give their takes. Oh, and they were sizzling hot ones, to say the least.

Y’all paid the actors in this more than the real Student Athletes https://t.co/DfhJUCQFfz

only a little concerned that the ncaa thinks this is how my days went https://t.co/SYqJOXIdpe

Student and athlete — a day in the life. pic.twitter.com/KBLa1gBLnq

You damn crooks made this look like being a Student athlete was easy. https://t.co/uVNz1ipVRk

Uh what….they made that look like the easiest thing ever lmaooooo. This is misleading… pic.twitter.com/PU6La80dvZ

Where the early morning workout? I dont see any ice wrapped on that arm hes raising. Did he not have any homework or studying to do before bed? What kind of major he got? Underwater basket weaving? And this bum doesnt watch film but got time to dance. NCAA is lying to these kids https://t.co/GM1FgE8V5K

Until the NCAA comes with a clear cut solution that monetarily rewards student-athletes — which doesn’t seem like an option that’s coming anytime soon — most college athletes are going to be pissed off with how the organization perceives the responsibility of being a student-athlete. With the Twitter reactions blatantly calling the NCAA out for its portrayal, this is a bad look that will only hurt the NCAA’s reputation even more.