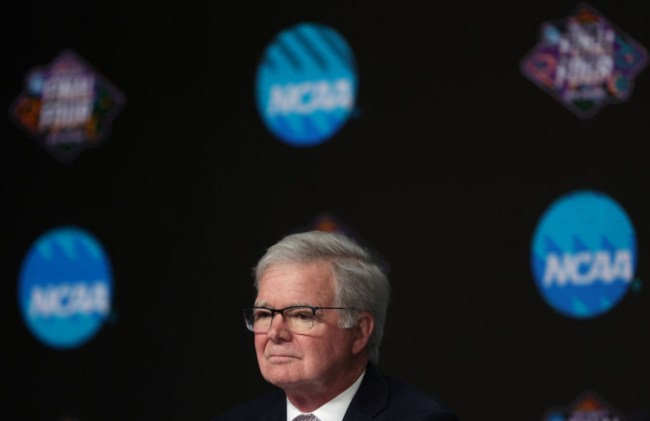 Longtime NCAA president Mark Emmert is stepping down from his post effective in June of 2023, the NCAA announced on Tuesday.

The 69-year-old has held the position since 2010 but will leave his seat until a new president is hired or until June 30 of next year, whichever comes first. The decision for Emmert to step down wasn’t just his, it came through a mutual agreement between himself and the NCAA Board of Governors.

A large number of people believed that when it was deemed legal for college athletes to make money off of their name, image, and likeness that it was the beginning of the end for the NCAA.

While Emmert stepping down isn’t the nail in the coffin for the NCAA, it certainly shows a shift in all things college athletics. The NCAA admitted as much in its press release announcing the news.

“With the significant transitions underway within college sports, the timing of this decision provides the Association with consistent leadership during the coming months plus the opportunity to consider what will be the future role of the president,” said John J. DeGioia, chairman of the NCAA board.

Related: Paul Finebaum Calls NCAA President Mark Emmert A ‘Failure’ And Says He Should Be Fired

The vast majority of folks on Twitter were happy about the news of Emmert being on his way out:

Mark Emmert stepping away in one year.

Emmert hasn't shown the least bit of interest in being the leader college sports needs for years now. https://t.co/SH2vM1k178

When your wife hates you but wants to stay together until the kids graduate college https://t.co/0nu3C6zieT

Mark Emmert done in a year.

Should have been forced out a long time ago. https://t.co/gieTrbg7FZ

He even quits slowly. https://t.co/ZkfqliX3mp

and the entirety of collegiate sports cheered https://t.co/MVUGORIOyZ

Emmert wants a Coach K-style retirement tour? I would pay good money to watch him trotted out at several games over the next year. His send-off gifts would be interesting. https://t.co/8h4vKDWgkw