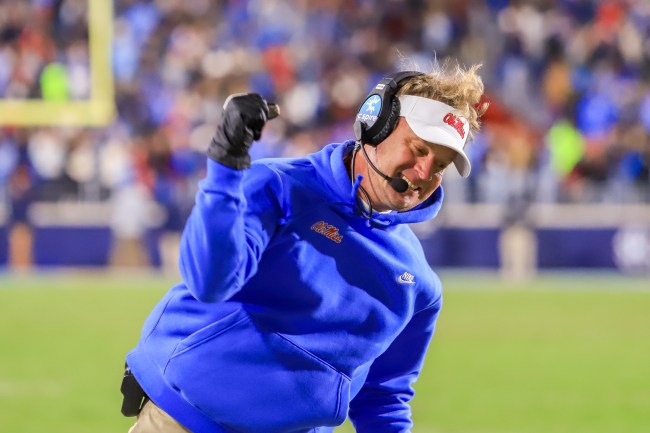 Here are the five major changes:

These changes do a few things, but two important takeaways stand out. First of all, now that restrictions have been lifted on video/audio materials, as well as how a program can promote prospects, media staffs are going to become increasingly important.

If a program does not dumping a lot more money into its video and graphic teams after these changes, it will fall behind. Recruiting materials are about to take a big step into the future.

The second change revolves around coaches. In this case, Kiffin.

The old rule that limited how athletic staff can promote non-institutional events, etc., restricted a lot of little things for no reason. For example, previously, a coach could not congratulate a prospect on winning a state championship, or being named valedictorian. Things of that nature.

Now, they can. And Kiffin was among the first to take advantage of it with a very important recruit.

The head coach of Ole Miss football is in heavy pursuit of Arch Manning. He has already made quite a few pitches to the son of Cooper and nephew of Peyton and Eli.

And he’s not done yet. Because of the changes, Kiffin was able to tweet that he will be attending Arch’s first playoff game in New Orleans on Friday night.

Prior to the rule change, this would be considered a violation. It is not longer.