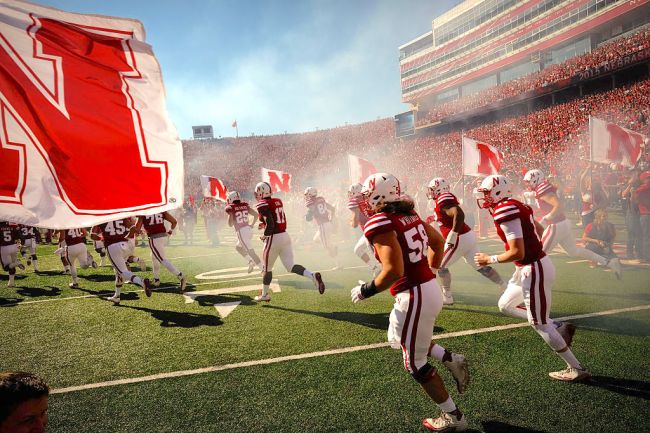 The Big Ten’s schedule was released for the second time this offseason on Saturday after the conference officially reversed course and decided to play football this fall. While no team in the country is ever completely happy with its season’s slate of games, Nebraska athletic director Bill Moos actually spoke to the media about his disappointment with the Cornhuskers’ schedule.

It’s worth remembering that Nebraska was one of just three Big Ten schools – along with Iowa and Ohio State – that went against the conference’s initial vote to cancel football this fall. This makes Moos’ complaints about Nebraska’s schedule even more questionable.

Moos told the Omaha World Herald that he wishes the schedule for each team in the conference could be “fair” and that Nebraska has a good football team that “deserves a break.” In other words, he whined to the press. To make matters worse, he brought Ohio State into the mix, the team the Cornhuskers play in Week 1.

“For obvious reasons, I was hoping we could dissemble the schedule because of unique circumstances and rebuild it to be fair for each school in the conference,” Moos said. “I was outspoken on that, to the point where they heard it from me every day. The rationale was there, I didn’t think we needed to follow it. Nebraska is playing five AP preseason Top 25 teams. Ohio State’s playing two.

“I’m sure my friend (Ohio State Athletic Director) Gene Smith is smiling today. His friend Bill Moos is not. I’ve got a good football team with a great football coach that deserves a break here or there to start getting back on track to being a contender in the Big Ten West.”

This is a bad look all around. Not only does it come across as petty complaining, but it shows that Moos doesn’t have full confidence in his school’s football team. Instead of saying that he looks forward to the Cornhuskers playing Ohio State and competing against one of the top teams in the nation, he complained about the game five weeks before the game even kicks off.

Each Big Ten team will play eight games this season, all in-conference.