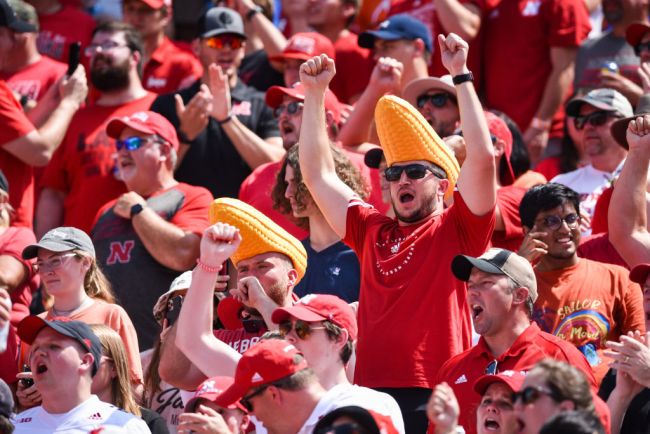 There is no fandom quite like that of college football. The passion, the emotion and the (many times) agony are things you simply cannot find in another sport.

Generations of grandparents, parents, children and grandchildren rally around their alma maters and the generational devotion to a program is unmatched. College football is simply the best.

However, with some of the highest highs can come some of the lowest lows. Jon Johnston may have experienced a sensation closer to the latter after Nebraska football lost to Minnesota on Saturday.

Johnston, a Cornhuskers fan, was on the field for his team’s loss to the Golden Gophers. Although this season did not get off to a great start for his program, things had been looking slightly up.

Head coach Scott Frost’s program had a recent 50+ point win over Northwestern and three losses to top-10 Oklahoma, Michigan State and Michigan were all within a touchdown. There was hope that Nebraska had turned the corner— especially as it turned focus toward a Minnesota team that lost to Bowling Green.

Well, any hope was lost after the Cornhuskers fell behind 21-9 at halftime. They did mount a comeback in the second half and lost by only seven, but it didn’t matter.

After the loss, Johnston — who works for SB Nation’s Nebraska affiliate blog Corn Nation — posted an epic rant from the field. It is very NSFW, but it is full of tremendous soundbites.

And then, of course, there is how Johnston finished the rant:

Take a listen to the full postgame reaction, it’s amazing: