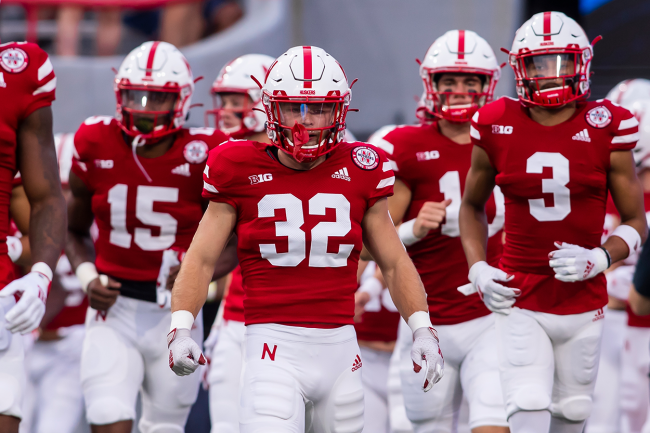 College football recruiting is heating up. As Class of 2023 prospects try to narrow-in on where to play their college ball, the next few months are crucial.

High schools are out for the summer and rising seniors are taking their final official visits before the start of the fall season. Among them was Maverick Noonan, who went to Nebraska over the weekend.

Noonan, a three-star edge-rusher out of Omaha, stands 6-foot-4, 225 pounds. He has 11 offers from Iowa, Iowa State, Kansas, Vanderbilt, Stanford, Missouri and Wisconsin, among others.

When you watch his tape, it’s not hard to see why. He is a problem for opposing tackles.

In today’s era of recruiting, visual media plays a large role in the process. Programs all across the country are beefing up their video and photography staff and they are finding unique ways to stand out over other programs when it comes to photoshoots.

For Noonan and Nebraska, it was all about simplicity. He took photos in the Big Red uniform with his family.

One in particular stood out. Noonan and his little sister, who is much younger, took a photo together and it could not be more wholesome.

As the college football world keeps going over-the-top with photoshoots, it’s the little things like Noon’s picture with his sister that stand out. It’s a great reminder of what is important and, ultimately, why they play. Some things are bigger than sports!