Nets Reportedly Give Kyrie Irving Permission To Seek A Trade Out Of Brooklyn: NBA Fans React 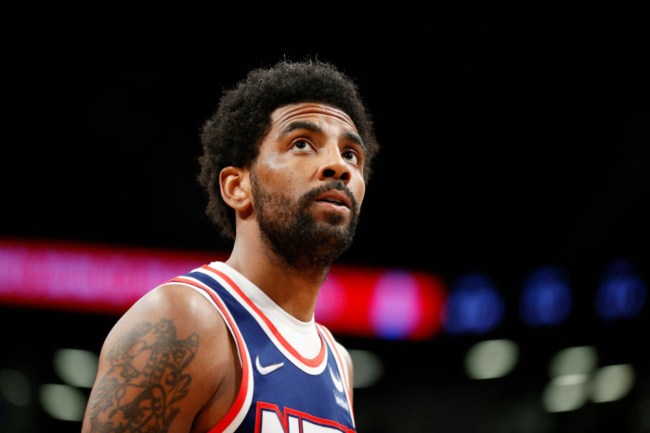 It certainly seems like Kyrie Irving wants out of Brooklyn, or at the very least, wants to explore his options elsewhere and now the Nets have given him the green light to do so.

According to Nets insider Kristian Winfield of the New York Daily News, Irving requested permission to find a sign-and-trade offer from other teams and Brooklyn has given him permission to do so.

Irving making the request, and the Nets accepting said request, likely means Kyrie’s time in Brooklyn is over. A player doesn’t make that sort of request unless he wants out of a franchise and with the Nets not pushing back, it shows they aren’t too bothered about the situation either.

With Irving likely on his way out, the focus will now turn into what Kevin Durant may do now that his point guard could be playing elsewhere.

Winfield did make an important note in his report stating that Russell Westbrook to Brooklyn remains unlikely.

According to a report from ESPN’s Adrian Wojnarowski last week, Irving has a list of six teams that he wants the Nets to consider a sign-and-trade deal. Those six teams are the Los Angeles Lakers, Los Angeles Clippers, New York Knicks, Miami Heat, Dallas Mavericks, and Philadelphia 76ers.

well it appears ben simmons might be getting his own team after all https://t.co/NZNrlb8wcg

Heat's potential interest in Kyrie Irving will depend on what his price is on the trade market. The belief is Heat isn't giving up its top trade assets for Irving. https://t.co/G8H5l11qee

I'm so tired of Kyrie but let the chaos roll https://t.co/DucZtM2Ndr