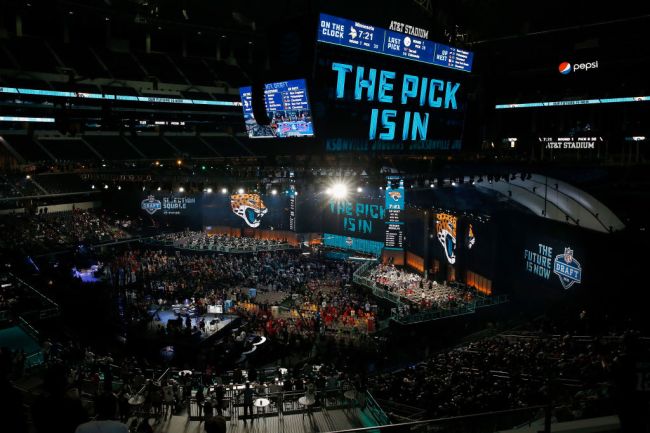 The NFL Draft is just 3 days away and that means football fans are about to be bombarded with draft rumors that will vary wildly in their accuracy. I’m sure fans still remember being repeatedly told that Mac Jones would be picked 3rd by the 49ers right until it became clear that Trey Lance was really the pick.

This year, it seems that it will be pick 1 that is the cause of uncertainty for fans. The Jacksonville Jaguars have been linked with quite a few options for the first pick ahead of the draft.

Early on in the process, the Jaguars’ decision seemed to be between Kayvon Thibodeaux, Aidan Hutchinson, and Evan Neal. Then Travon Walker joined the conversation as Neal seemed to slip out of it. Now there are rumors about the possibility of them picking Ikem Ekwonu, but it seems Vegas is set on a betting favorite for the pick.

As of today, Travon Walker has taken a pretty sizable lead as the betting favorite to be taken by the Jaguars with pick 1.

DRAFT UPDATE: Travon Walker is now the new odds favorite to be the #1 overall pick 👀 pic.twitter.com/SuDijsiBxm

Travon Walker winding up as the top pick in this year’s draft would be a pretty shocking development. Before this year’s NFL Combine, Walker wasn’t even being looked at as a top-10 pick.

Then Walker impressed at the combine and quickly climbed up draft boards until he surprisingly became an option for pick 1. Now it seems he has completely passed the rest of the options to be selected by the Jaguars according to sportsbooks.

We will likely seen some huge line moves this week as the draft approaches, but for right now, it looks like there is only one name we should expect to see the Jaguars call for pick 1 on Thursday night.