Unsurprisingly, NFL Fans Do Not Want To See The New England Patriots Reach Another Super Bowl This Season 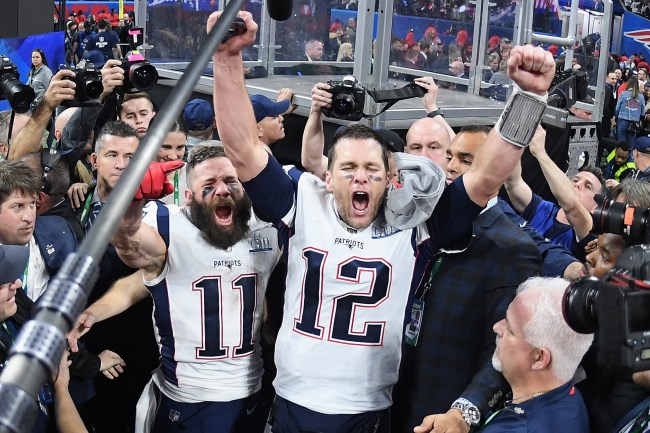 The New England Patriots have been every NFL fans’ nightmare for the past 19 seasons. In that time, the Pats have played in nine Super Bowls (winning six), and have compiled a remarkable 242-62 regular season record, while setting the standard for what it means to be the creme de la creme of organizations. Hell, even a scandal involving owner Robert Kraft couldn’t derail this team from still being one of the best franchises in all of sports.

While there have been constant rumors about the demise of the New England Patriots in recent years — mostly focusing on drama involving the GOAT, Tom Brady, and head coach Bill Belichick — the team just keeps marching along, and are currently the No. 2 seed in the AFC as the NFL Playoffs are bound to start in a couple of weeks. Oh, hum, just another Patriots season, right?

Although the offense has struggled all season long and Brady hasn’t really been his usual self — remember, he is 42 years old — the Patriots are still one of the most dangerous teams come this time of year. Anyone who says differently is just being ignorant and/or hopeful that their two-decades-long run is over.

Looking for more proof of the hate towards the Pats? According to a FanPulse poll of NFL fans run by SB Nation, the New England Patriots aren’t getting a whole lot of support when it comes to reaching Super Bowl LIV. That’s because, when asked which teams fans want to see in the Big Game, the successful franchise doesn’t get much love. Look at the results of the poll below.

Guys, we live in a world where NFL fans prefer seeing the Buffalo Bills in Super Bowl LIV over the New England Patriots. Is that insane to anyone else? Sheesh.

Personally speaking, while the Baltimore Ravens have been the most entertaining NFL team to watch all season long — and boast an absurd 12 Pro Bowlers — a Super Bowl matchup of Tom Brady and Drew Brees sounds pretty tantalizing. Two Hall of Fame quarterbacks leading great franchises for all the marbles would be dope, so that’s the game I’m sort of hoping for. As for other NFL fans, they don’t want anything to do with the New England Patriots reaching the Big Game; since it’s gotten a little old over the past 19 seasons.