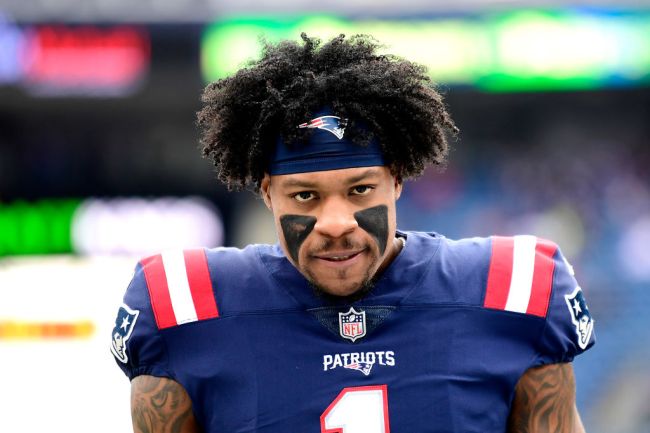 The New England Patriots have struggled to put together a dependable group of wide receivers over the past few seasons, but that isn’t due to a lack of trying. Back in 2019, they spent a first round pick on N’Keal Harry to try and give Tom Brady a receiver he could rely on.

That pick hasn’t worked out for them at all. Harry missed 9 games during his rookie season for the Patriots. After that, he was never quite able to really carve out a role for himself.

After 3 seasons with the Patriots, he still hasn’t really ever come close to living up to his first round draft status. He has only 57 catches for 598 yards and 4 touchdowns in those 3 seasons. Now, he’ll get the chance to see if he can turn things around with another organization.

NFL insider Ian Rapoport reported today that the Patriots will be trading Harry to the Chicago Bears in exchange for a 7th round pick in 2024.

At long last, the #Patriots trade former first-rounder N'Keal Harry and it’s the #Bears as his landing spot for a 2024 7th rounder, per me and @MikeGarafolo. A solid upside move for Chicago, while New England moves on with a strong group itself.

The move allows the Patriots to finally move on from Harry after a disappointing first 3 years of his career.

However, the move could benefit both the Bears and Harry. The Bears receiving corps is one of the weakest in the NFL. Harry will have a chance to compete for a starting spot with the Bears after failing to lock one down in New England.

The Bears gave up little in this move, so they are essentially getting a free chance to see if Harry can improve and give Justin Fields more to work with than the questionable cast of pass catchers that were already on their roster.