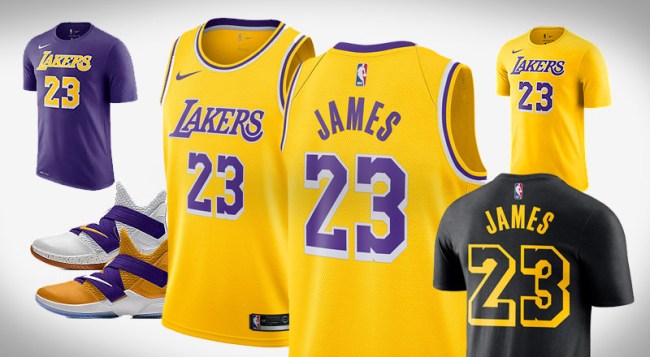 So. Have you heard? LeBron James is going to be playing basketball for the Los Angeles Lakers in the NBA next season. Oh, you have heard something about that. Cool, cool. Just making sure.

Since you are aware of this monumental change of squads for King James, I thought you might be one of the thousands of fans who are looking to score some of the new LeBron James Lakers swag. And no one has more LeBron James swag than the people who pay him zillions of dollars to use his name, Nike.

In fact, as we pointed out on Tuesday, Nike has officially unveiled the tight new Lakers’ jerseys. As such, it was just a matter of hours before they dropped a LeBron Lakers jersey and sure enough, that’s what they did, along with a bunch of other new LeBron/Lakers gear and apparel.

Check out all the new stuff, as well as some of the other pretty dope semi-new Lakers-related gear in the photos above and below. 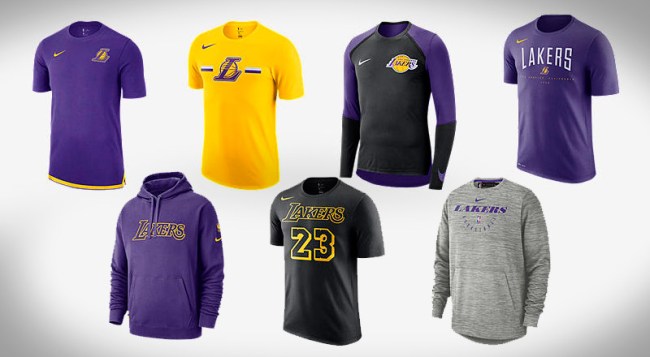 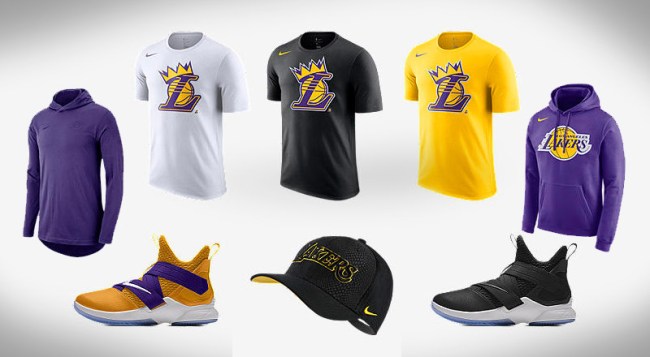 Yeah, I think I am going to have to cop me a couple of these sweatshirts.