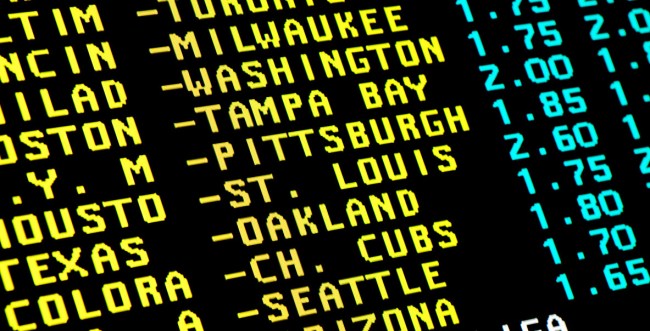 The New Orleans Saints survived a close game against the Philadelphia Eagles on Sunday in the Superdome, with the Saints pulling out a 20-14 victory — which all that ended when a Nick Foles pass to receiver Alshon Jeffery was intercepted by Marshon Lattimore. But, had it not been for a late, missed 52-yard field goal by Saints kicker Wil Lutz, the defense would have never needed to make such a big play to begin with.

While New Orleans players can rest easy after the win and get ready for a rematch with the Los Angeles Rams in the NFC Championship Game this upcoming weekend, one sports gambler isn’t so lucky. That’s because, while WHODAT Nation is happy with the victory regardless of score, the gambler ended up missing out on a parlay that would have earned him an apparent $1,700. Talk about a BS way to miss out on some cold hard cash, huh?

Thing is, while the sports gambler could have just taken the loss and moved on with his life, his emotions didn’t seem to let him do it, as he actually tweeted to Lutz telling him about how he cost him the potential earnings. Take a look at the tweet below.

This is one of those moments that serves as a reminder as to why I don’t gamble on sports anymore. Sure, it’s a thrill when you win, but, sh*t, missing out on $1,700 because of something as arbitrary as a difficult 52-yard field goal will make you lose sleep at night. It’s the greatest of all “what if?” moments ever. That said, I do feel for the guy, and hope he gets some luck in his near future, because we’ve all had that oh-so-close call when sports gambling.

As for Lutz, his New Orleans Saints are a victory away from the damn Super Bowl, so I’ve got a feeling he’s not giving the tweet too much attention.