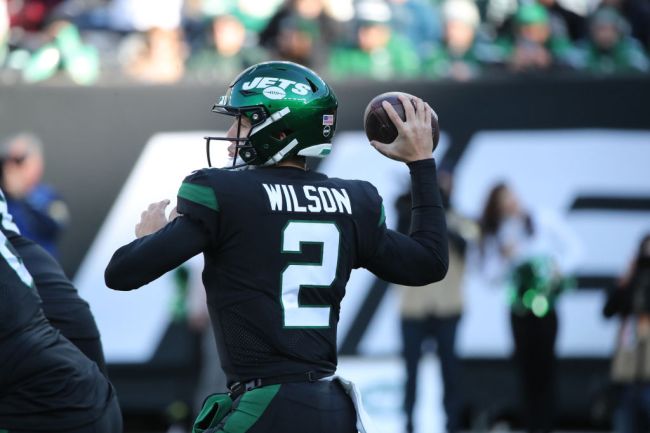 As Zach Wilson heads into the second season of his NFL career, there are a ton of questions about what exactly the New York Jets can expect to get out of the investment they made with the second pick in last year’s draft.

Wilson was far from the quarterback they were expecting to get in his first year with the team, leaving some to even wonder if Wilson could be replaced after this season if he struggles again.

Saleh on Zach Wilson: "He doesn't need to be Tom Brady this year. If he ends up being that, that's awesome. That's not the expectation. The expectation is for him to continue to climb the mountain."

Says Wilson had "a rough rookie year. We all did, including myself." #Jets

Calling last season a “tough rookie year” for Wilson or Saleh might be just a bit of an understatement. The Jets finished just 4-13 in 2021 and lost 8 of those games by at least 2 touchdowns.

Wilson’s performance had a lot to do with that. In 13 starts, Wilson was only able to throw for 9 touchdowns and averaged just 179.5 passing yards per game. That yards per game average was 30th in the league among starting QBs and was 31 yards worse than the quarterback he replaced for the Jets, Sam Darnold.

It remains to be seen how much of that mountain the Jets are expecting Wilson to climb next season as he has a long way to go to even be considered a serviceable starter in the league. At least the Jets have come to grips with the fact that he isn’t going to be Tom Brady.