The New York Jets New Uniforms Have Appeared To Leak And It’s Going To Be A No For Me, Dawg 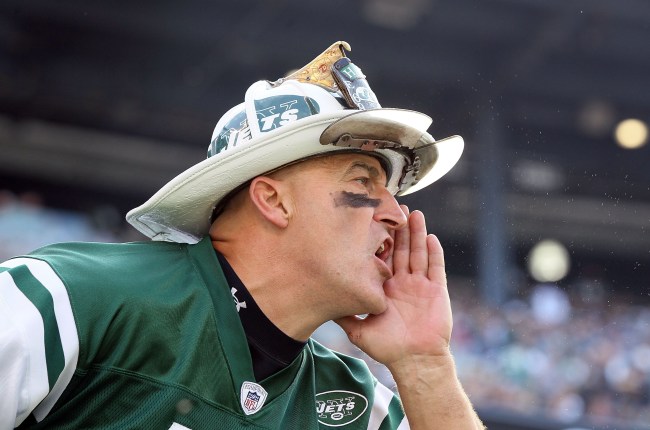 The New York Jets have had the unfortunate draw of playing in the AFC East and getting their poop pushed in by the Patriots for the better part of two decades. In their 59-year history, they have made the postseason an underwhelming 14 times, winning their only Super Bowl in ’68, the AFL days with Joe Namath.

This past season, the had one of their worst campaigns in 20 years, going 4-12, dead last in the AFC East, and became the first team to lose to the Cleveland Browns since Christmas Eve 2016.

The Jets need a makeover, both functionally and cosmetically.

Well, the team has a new head coach in Adam Gase, and now, like the Little Giants, all they need is a fresh set of uniforms to beat Kevin O’Shea down Cherry Hill.

The Jets were supposed to unveil their new look on Thursday, but it appears they have already leaked on social media.

Feast your eyes on the new look Marshall Jets.

UPDATE: Jets defensive back Jamal Adams has claimed these to be fakes!

I love the new jerseys. The players who have seen them love them. They’re frankly the people I want to please most in this process. I want them to feel great in their uniforms. I think it’s about time for us to have a new look. I think this is going to be well-received. These things are pretty badass, I think.”

I believe the below is photoshopped, but this black and green colorway is 9,000,000 times better than the alleged leaked unis. May even secure the Jets a spot in the postseason if the Patriots decide to take a year off.