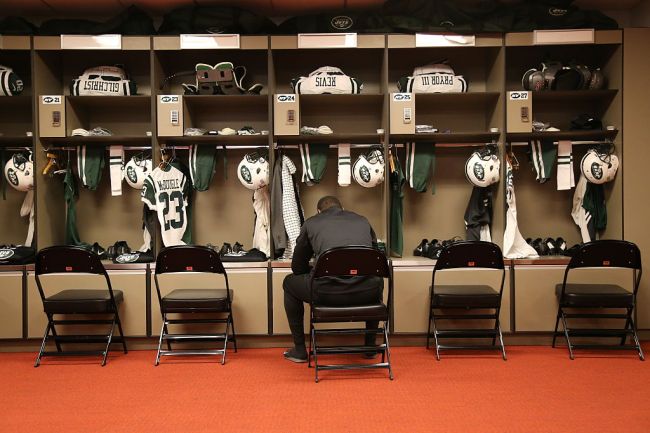 A new report coming out of the New York Jets organization might be just as troublesome as the team’s awful performance in 2020.

Manish Mehta of the New York Daily News is reporting that Jets players contacted the NFL Players Association in recent weeks to look into the possibility of surveillance cameras hidden inside smoke detectors in the Jets locker room.

The NFL claimed in the past week on behalf of the Jets that cameras have been in and adjacent to the locker room since 2008 when the team relocated from Long Island to a new training facility in Florham Park, New Jersey, according to sources.

The league concluded that players were aware of the cameras, and thus, the cameras were compliant with league rules, sources said.

The Jets organization told league officials that the cameras are there as a protection to players. The cameras aren’t monitored and the evidence captured is reviewed and used only if an incident occurs.

The Jets contend, per one source, that the cameras violate no laws and comply with the Collective Bargaining Agreement.

The Jets contend, per the source, that the league and players are aware the cameras exist; the source says that, over the years, players have asked the team to review security footage in the event something has gone missing from the locker room.

PFT also reminds people that cameras in the locker room aren’t a new thing. Back in 2002, Saints receiver Albert Connell was caught by a security camera taking $863 from the locker of teammate Deuce McAllister.

In the Daily News piece, Mehta mentions a New Jersey law that covers the videotaping of people whose “intimate parts are exposed” but the law expressly excludes “circumstances in which a reasonable person would not expect to be observed.”

For their part, the Jets believe they are in compliance with state law, but most Jets players seem to have been unaware of the cameras over the past decade.

The News spoke to a number of current and former Jets players, including those on the 2008 team that moved into the new workspace.

All of them said that they were unaware that cameras were in the locker room.

None of the players recalled team officials informing them of cameras in the locker room. None of them consented to be videotaped in what is considered a private space.

“I’m pissed,” said one former player. “That’s our space. Why would you have a camera in there? That’s bullsh—.”

It’s unlikely that the Jets are the only team with cameras in the locker room area but it’s unknown how many players across the league are aware they’re possibly being watched at all times.