All Of Twitter Calls Out New York Jets For Cursing St. Peter’s By Wishing Peacocks Luck In Sweet 16 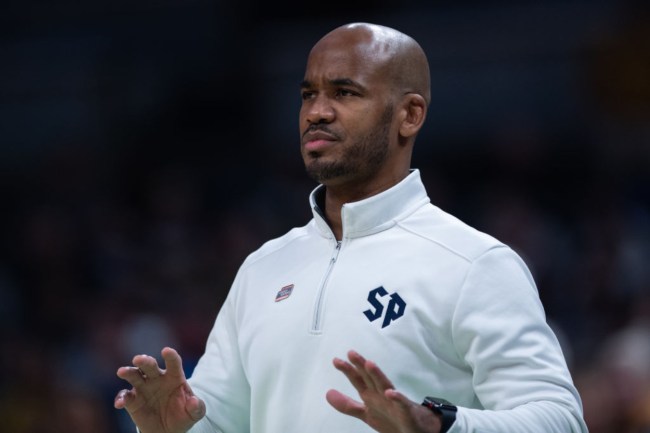 The St. Peter’s Peacocks were already big-time underdogs heading into their Sweet Sixteen matchup against Purdue, but now they may literally be cursed thanks to the New York Jets.

St. Peter’s is located in Jersey City, NJ, and seeing as how the Jets play in Jersey it makes sense that they’d give them a shoutout on social media. With that being said, the Peacocks probably wish they hadn’t.

Seeing as how the Jets haven’t won a meaningful football game since 2010, St. Peter’s likely doesn’t want anything to do with the franchise.

The New York Giants haven’t exactly been world-beaters the past handful of seasons either, but at least they got Eli Manning, a proven winner, to show love to the Peacocks on Twitter.

Even before the Jets sent out their tweet wishing them luck, the Peacocks’ luck is more likely than not to run out against Purdue on Friday night. The tweet, however, certainly doesn’t help St. Peter’s chances, which is exactly what people on Twitter pointed out.

Yea, they’re definitely going to get smacked since you guys are rooting for them🤦🏽‍♂️. https://t.co/k5ImNs9RbE