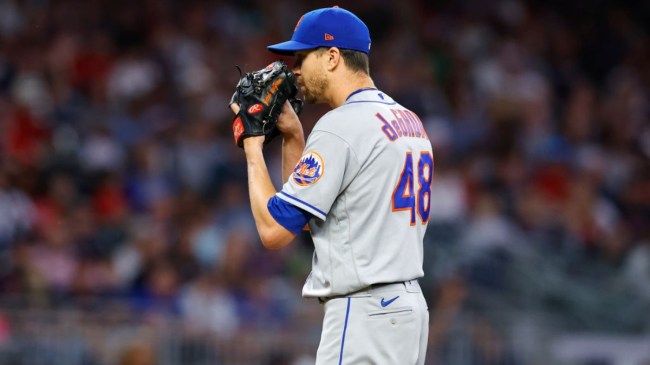 Despite making the playoffs this year, the New York Mets are not where they had hoped to be at this time of year. For most of the season, they were in the driver seat in the NL East and appeared to be heading for a first round bye in the playoffs. Then they blew it in September and ended up losing the division title to the Braves.

Thanks to that disappointing outcome, the Mets have to turn their attention toward a Wild Card matchup against the San Diego Padres. It’s a 3-game series that the Mets will be expected to win, but it seems that they are considering taking a surprising approach to try and get that series win.

According to a report from the New York Post’s Joel Sherman, the Mets are planning to start Max Scherzer in Game 1 of the series. That part makes plenty of sense as Scherzer is one of the league’s best pitchers. However, if Scherzer wins Game 1, the Mets might not start Jacob deGrom in Game 2.

They would instead turn to Chris Bassitt for the 2nd game of the series in the hopes that he can win and leave deGrom ready for Game 1 of the Divisional Series against the Los Angeles Dodgers.

https://t.co/J4OlNmPHez Mets leaning toward Scherzer for G1 vs. the Padres and perhaps not deGrom in G2. If this strategy sounds familiar, Showalter used as version with the 1995 Yankees.

If Bassitt loses Game 2, then the Mets would turn the ball over to deGrom for a deciding Game 3. There probably isn’t anybody in the league you’d rather have on the mound in that situation than deGrom, but it’s a risky move.

If Bassitt loses Game 2 and the offense doesn’t show up for Game 3 and the Mets get sent home, then this is going to look like a terrible idea.

However, if it works it could look like a great move. The Mets would set themselves up to have deGrom on the mound in Game 1 against the Dodgers, ensuring that he pitches twice in the series.

It’s a surprising move from the Mets and it’s one that will be a major storyline whether or not it works out for them.