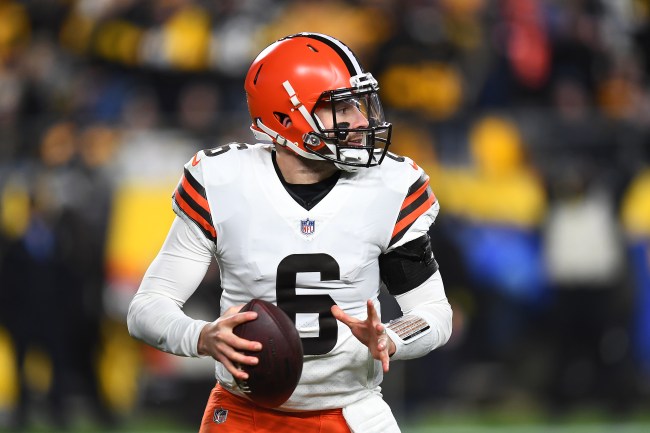 There have been issues for the Cleveland Browns all season long and it seems the situation there is continuing to deteriorate. There are rumors of Baker Mayfield losing the locker room, a disconnect between him and his head coach, and that he is requesting a trade.

Unfortunately for the team, trading him may be more difficult than they were expecting. At least, that’s what CBS Sports analyst, Jonathan Jones is hearing.

After speaking with sources around the league about what the Browns could do with Mayfield after he finished his fourth season with zero fourth-quarter comebacks or game-winning drives, a market issue began emerging.

It sounds like it might not actually matter what either side wants. If the Browns can’t find a suitable trade partner for Baker Mayfield, then they may just be stuck with each other for now.

It might not actually be the worst situation for the Cleveland Browns or Baker Mayfield to spend another year together. Baker needs to change the narrative around him if he’s going to continue as a starter in the NFL.

The Browns need to fix their offensive line and are severely lacking in receiving threats. It seems to be in their best interest to have another year to build up that offense whether it’s for Baker Mayfield or for whoever replaces him.

I guess we’ll just have to see if the relationship is salvageable enough to get another year out of it.