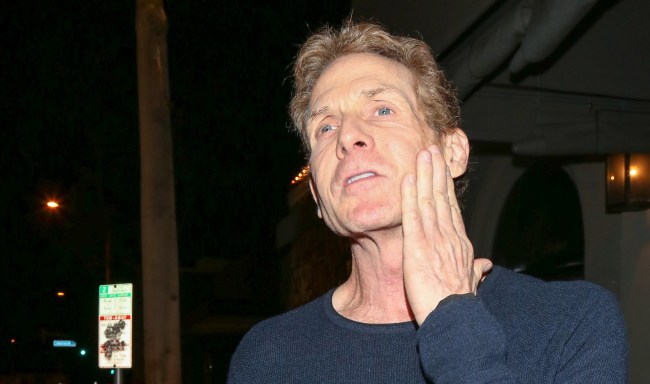 Things have been spiraling for Baker Mayfield in Cleveland for quite some time now. Not only has Mayfield had to deal with an injury during yet another underwhelming season for the Browns, the drama has been at an all-time high, and Skip Bayless’ latest comments surely won’t help.

Things came to a head earlier this week when Mayfield called out Browns’ beat writer Mary Kay Cabot on Twitter for writing a “clickbait” article about there being tension between himself and head coach Kevin Stefanski.

Skip Bayless reacted to this on ‘Undisputed’ on Friday by sharing his thoughts about the situation while also claiming that he’s heard the black players inside the Cleveland locker room have “turned” on Mayfield.

According to Bayless and his “very good source,” things turned sour during the Odell Beckham Jr. drama and got worse when he was eventually released by the team.

“I have a very good source there, who told me that several of the black players, the better black players, let’s call them the Black leaders on the team, have turned on Baker because they love [Odell Beckham Jr.]” Bayless explained, according to Mediaite.

“They just blame Baker for Odell’s departure,” Bayless said of Cleveland’s locker room. “Like, ‘we lost him because of you?’”

Bayless went on to point out the obvious that if Mayfield has lost faith from the black players then it’s certainly “not a winning place.”

It’s worth noting that Mayfield himself did admit back in December that there were “internal” problems going on within the Browns’ organization. Stefanski was quick to explain that he and Mayfield had no problems and communication was solid on that front.

OBJ was released by the Browns over two months ago, but if you take Bayless’ word, it’s wild to think that he’s still causing issues in Cleveland.