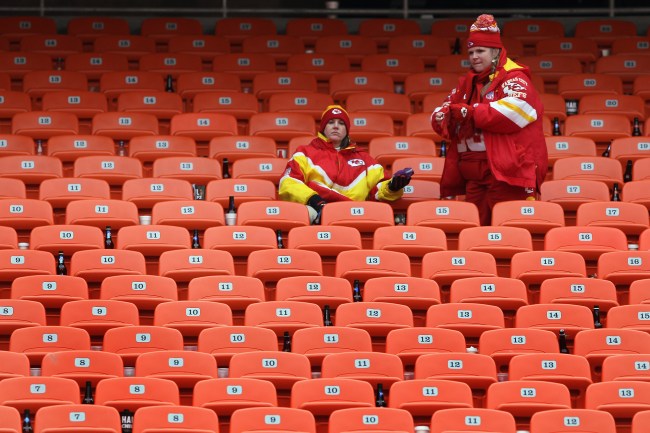 NFL attendance for the 2019 season was the lowest in 15 years, with the Jacksonville Jaguars seeing the biggest drop in crowds this year.

The website Sports Business Daily released the attendance statistics for the NFL’s 2019 season. The trends show that more people are watching NFL games on TV, but fewer football fans are going to NFL stadiums.

The NFL averaged 66,648 attendees at home games in 2019, which is the lowest figure since 2004. The team with the most significant drop in fans at home games was the Jacksonville Jaguars, who saw attendance fall by 8.7%.

There were 15 teams who saw home attendance fall in the 2019 season, including the Las Vegas-bound Oakland Raiders at -7.6%, Cincinnatti Bengals, -7.0%, and even the big market New York Giants saw their home crowds go down by 3% this year because of their lowly 4-12 record.

On the other end of the spectrum, the Dallas Cowboys averaged the most per home game with 90,929, leading the NFL for the 11th straight season. However, the Cowboys still had a decrease from 2018 when they averaged 91,620.

The Washington Redskins enjoyed a growth of 7.3% in attendance this season, but FedExField was still at less than 80% capacity. The Buffalo Bills saw their attendance soar like Bills Mafia member jumping onto a table, crowds were up 6% at New Era Stadium thanks to the team heading back to the NFL playoffs after missing them last season. No other NFL team saw increases in attendance by over 5%.

NFL viewership was up 5% across the board for 2019 season (16.498 million viewers vs. 15.759 million). CBS, NBC, Fox, ESPN each post solid gains. Despite a Week 16 Saturday tripleheader helping NFL Network to its best day ever, the network was down 8% for season for game coverage